Climate activist Greta Thunberg on Monday blasted the world leaders with her fiery speech at UN Climate Summit in New York.
“I shouldn’t be standing here. I should be back in school on the other side of the ocean. Yet you all come to me for hope? How dare you. You have stolen my dreams and my childhood with your empty words said the 16-year-old climate activist.
“People are dying. Entire ecosystems are collapsing. We are in the beginning of a mass extinction. And all you can talk about is money, and fairy tales of eternal economic growth. How dare you?” she added with her voice quivering.
The speech soon became viral on social media.

”People are suffering, people are dying, entire ecosystems are collapsing. We are in the beginning of a mass extinction and all you can talk about is money and fairytales of eternal economic growth.” Watch Greta Thunberg speak at the UN Monday morning. https://t.co/Akkxm9sXdr pic.twitter.com/ahHKlhbYaE

How Greta Thunberg spearheaded a movement to save the planet?
Millions around the world took to streets on Friday during the largest protest in history demanding action over climate change
These protests drew inspiration from the Swedish teenager who started skipping school urging global leaders to act on climate change. 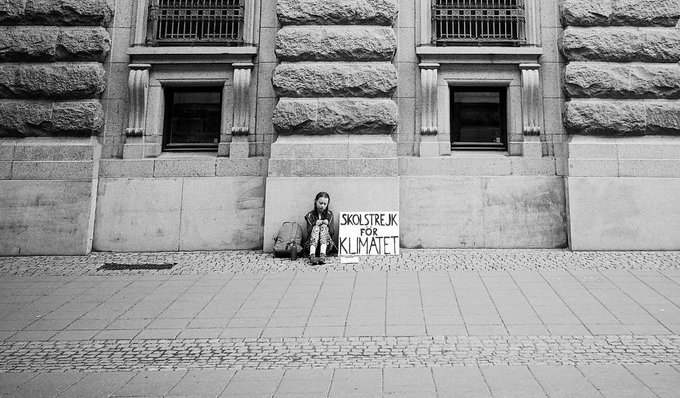 In August 2018, Greta sat outside Swedish Parliament with placard  “school strike for climate”. What started as one person strike soon snowballed into a Fridays for Future Movement. The global movement saw millions of young people skipping school on Fridays in their home country demanding climate action.
Greta also made news when she refused to take a flight and travelled instead in a boat to attend the UN climate summit in the US
Greta has attended various international summits advocating urgency for climate action.
Greta and the Fridays for Future youth movement received Amnesty International’s Ambassadors of Conscience Award in September. The prize, which celebrates people who have shown “unique leadership and courage in standing up for human rights”, is the organization’s highest honour, reports  She has also been also nominated for this year’s Nobel Peace Prize.