If you are travelling with Indian Railways especially towards the eastern states, chances are you may have to check a calendar rather than a watch to ascertain the arrival of delayed trains. “Train running late by XX hours, we regret the inconvenience caused to the passengers.” Most of the train travellers have endured this routine announcement even as they know no one really cares.

Now fast forward to Japan, a country which prizes itself for punctuality. A Japanese railway company was forced to issue an apology after one of its train left the platform 25 seconds earlier. On May 11, West Japan Railway Company’s express train left the platform at Notogawa station in central Japan at 7:11:35 a.m., instead of the scheduled 7:12 a.m., missing by a margin of 25 seconds.

The train conductor misunderstood the departure time and closed the train doors ahead of schedule, according to the company’s press release. 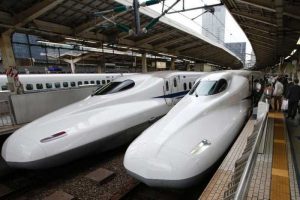 The early departure didn’t affect any other travel schedules that day, but led to one person missing their train.

“We inconvenienced our customers very much, and we will strive to prevent this from occurring again,” JR West said in a statement quoted by the country’s Asahi newspaper.

We wonder if Indian Railways would ever come close to the high standards set by such countries.