Mastermind of September 11 terror attack and once the most dreaded man on earth, Osama Bin Laden, was killed by US special forces in a daring raid at his hideout in Abbottabad, Pakistan on May 2, 2011.

While his death came as a huge relief for security agencies around the world, people were, unsurprisingly, curious about the kind of life, world’s most wanted man led. Earlier, not much was revealed about the operation, as security analysts used the recovered digital and hard copy materials to find ongoing al-Qa’ ida plots, identities and locations of al-Qa`ida personnel. However, US intelligence agency CIA has been releasing the recovered materials from last two years.

“Today’s release of recovered al-Qaida letters, videos, audio files and other materials provides the opportunity for the American people to gain further insights into the plans and workings of this terrorist organization,” CIA Director Mike Pompeo said in a press release.

The CIA also said it has not released files that could harm national security; contain malware; are blank, corrupted or duplicate files; are pornographic; or are protected by copyright. 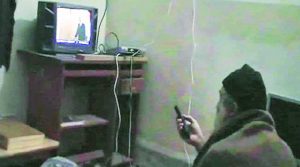 Video grab of Osama at his Abbottabad hideout.(Source: Express Archive)

Among the content recovered from his computer, a beheading video, three documentaries about himself, cartoons, Hollywood movies, child videos and a military guide to guerilla warfare were the most notable ones.

Osama Bin Laden was a Shaun the Sheep Fan 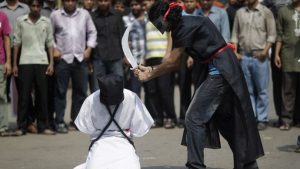 Among the most notable material recovered from his computer was a video of the beheading of Jack Hensley, a 49-year-old American beheaded in Iraq in 2004.

He was a Resident Evil fan too

Osama even had Hollywood movies like Antz, Cars, Heroes of Tomorrow, Chicken Little and Resident Evil.

But of course, there were documentaries

Among documentaries three based on his life namely Biography – Osama bin Laden, CNN Presents: World’s Most Wanted and Where in the World is Osama bin Laden– were also found on his computer

Of monkeys who never give up

Animal related videos like “Animal_Monkey_Never_Giveup.wmv” and “funy_cats.flv.” were also found on his computer.

Baby and cat videos? Say what ?

Two of the videos on learning how to count, apparently for kids were also found. 2007 viral video “Charlie Bit My Finger” was also recovered from Osama’s computer.

How to crochet baby socks? 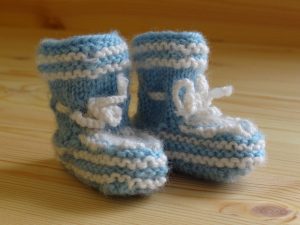