Rebels in Aleppo said on Wednesday that a new deal to evacuate civilians from East Aleppo has been reached. Though this battle and Assad’s victory (for now) may seem to mark a notable military point, Aleppo’s misery only seems to get intensified. What’s worse is that this misery went unheeded with the international community.

Aleppo, Syria’s oldest and most populous city, is on the brink of destruction. The total damage done to the city is equivalent to what Berlin faced after World War II. Witnessing the fall of this ancient city is painful. But what’s more excruciating is to watch the civilians being slaughtered by their own government, to watch them get shot dead on the spot, to watch them trapped with no food, water or shelter, to read their final goodbyes and not being able to do anything.

“I can tweet now but I might not be able to do it forever. Please save my daughter’s life and others. This is a call from a father,” a helpless father and a Syrian professor, Abdulkafi Alhamdo tweeted on late Tuesday night. The UN called this massacre a “complete meltdown of humanity”.

I can tweet now but I might not do it forever. please save my daughter’s life and others. this is a call from a father.

But who exactly is responsible for this meltdown? Is it Assad who ignored the demand of his own people and launched a war against them? Or is it Russia without whose aid, Assad could have never lasted this long? Or Iran that helped the Assad regime to some extent? Or the tight-lipped United States which is otherwise pretty vocal about things that are of their interest?

As per a Unicef report, children make up one-third of the 300,000 trapped civilians. Basic medical facilities are unavailable. There are only 34 doctors left, thanks to the government launched deadly airstrikes against 6 hospitals in and around Aleppo. Meanwhile, over 25,000 people have been displaced and took shelters in mosques, varsities, and public gardens. Food routes have also been cut off, courtesy of the very generous Putin. Oh and fact check: all these actions are in violation of the international laws! 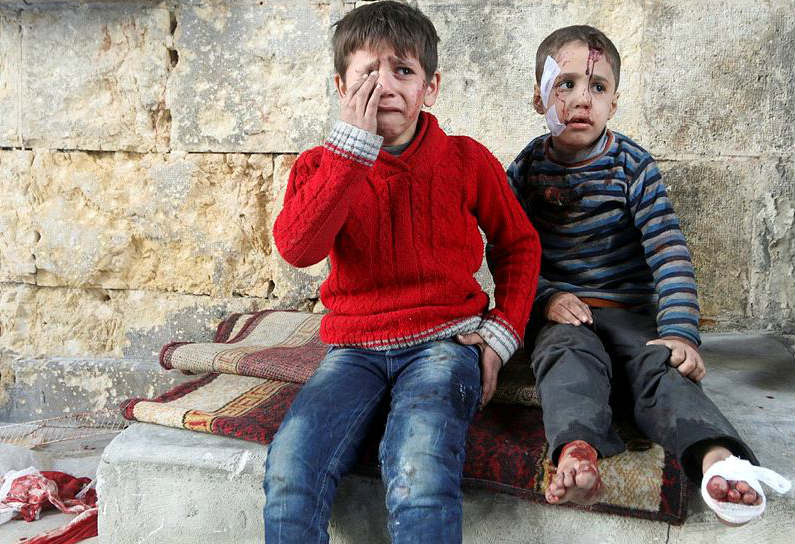 ALSO READ: Aleppo’s what, why and how

Samantha Power, the US ambassador to the UN on Tuesday accused Putin, Assad, and Iran of putting “noose” around the civilians and said, “It should shame you. Instead, by all appearances, it is emboldening you.”

The Security Council’s pragmatic diplomacy could have forced Assad to compromise politically and stop the war right at the beginning of the conflict in 2011. However, Russia, with the help of its veto power protected Assad from sanctions and hard criticism.

When the rebels were beginning to win in Oct 2015, Putin’s jets and troops, including those trained by US and the Arab nations, shielded the Assad regime. Iran’s support to Hezbollah with arms, money and reportedly 5,000 troops also proved to be vital in the battle. This chaos also helped the Islamic State (IS) to establish their base and pose a major threat to the city.

We can not expect President Obama to save Syria either. If he did not act when the kids died of asphyxiation during the chemical attacks in Ghouta in 2013, how do you expect him to act now? Though Obama worked with Putin to remove Assad’s lethal chemical weapons, other attempts, especially a political deal that would end the civil war and a unified plan to fight ISIS, failed. Undoubtedly Putin’s diplomacy helped Assad in gaining victory. 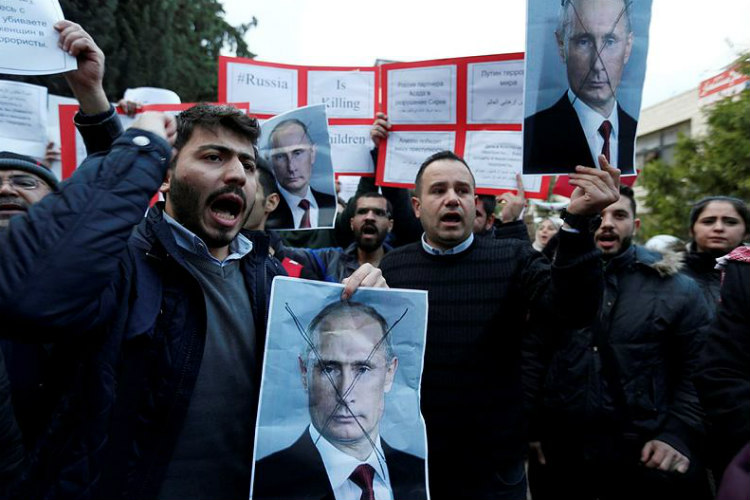 ALSO READ: Aleppo bids farewell to the world on Twitter

Russia and Turkey brokered a cease-fire on Tuesday, allowing the civilians and the rebel fighters to leave Aleppo. However, the pro-Assad forces restarted bombing the residents on Wednesday. Weeks of immense violence has pushed the rebel-held eastern territory of Aleppo to the government forces. However, the way Syrians have been abandoned by the international community makes me ask what Samantha Power asked Assad, Russia, and Iran: “Are you incapable of shame? Is there no execution of a child that gets under your skin? Is there literally nothing that shames you?”

Meanwhile, the rebel doesn’t seem to go down unless they struggle with all that they have. Thus, ending this bloodbath now depends solely on Assad, Putin, Iran, and to some extent, on all of us.