Ever looked at a meme and wondered WHY is this a thing?
We’ve gotten to the point where we can’t predict what will blow up and become the next new viral sensation. 2016 gave us some amazing memes- JoeBama, Evil Kermit and Harambe to name a few. And 2017 seems promising too.
Ladies and gentlemen, here’s ‘Salt Bae’ in all his uber cool salt sprinkling glory: 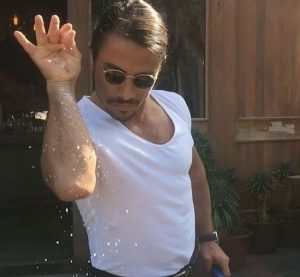 Why is the image of a man sprinkling salt (with so much sass) the first viral meme of 2017?

Let’s begin from the beginning, shall we?
Instagram celebs are a big deal nowadays. The man is a well-known Turkish chef named Nurset Gokce who is an Instagram celeb with 1.6m followers. A video of the handsome chef crossed 5m views on Instagram, but the last few seconds of the chef sprinkling salt on a dish caught the internet’s fancy and before we knew it, the memes started raining.

The way he sprinkled that salt became the talking point on social media and we were flooded with Salt Bae memes like these: 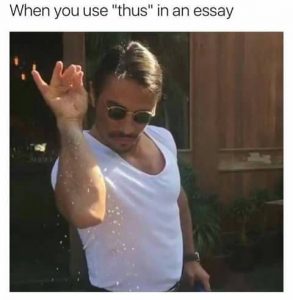 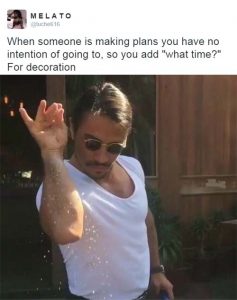 If you dive deep into his account, you’ll see that the Turkish chef oozes all kinds of sass and is definitely stalk-worthy:

That sprinkle though!
It’s because of this swagger that Turkish chef Nurset Gokce became the internet’s ‘Salt Bae’. Oh and did we mention that he is rumored to have nine kids?

The first viral meme of 2017 has truly seasoned the internet. Pun intended.