Animal cruelty is not unheard of. In fact, animal testing and cruelty still remain widely popular despite all the awareness programs, NGOs, campaigns and everything. It is despised but sadly still prevalent. It’s done in greed of their skin or fur or because either we consider it as our birthright since we are the superior species of all.

Pascal, a four-month-old puppy was drowned in glue and dragged in mud near an industrial area in Istanbul, Turkey because some  kids thought it would be a fun game. The languished pup was left in misery and almost stiff as a rock when the glue dried up. Pascal was barely able to walk as the glue prevented proper blood flow in his veins. Almost on the verge of death, Pascal was rescued five days after and was taken to He’Art of Rescue, an international rescue organisation for animals in critical conditions. 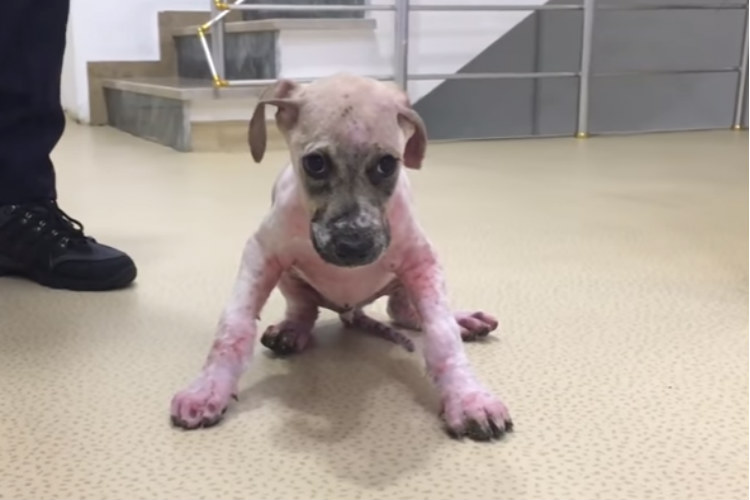 The doctors had to peel the layers of glue away and had to dub the little pup and put him on heavy antibiotics. The founder of the organisation Nur Rima Yoga went ahead to raise charity his medical care and there were thousands to who came in to help. They wrote on their website blog,

“Pascal suffers from extreme damage to his skin by the burn of the chemical. He will be receiving medical baths for his skin, special homoeopathic medicines for the burns and his furs to regrow”

But the story doesn’t end there. Pascal has made a tremendous recovery and is now the star of the clinic. He is a happy little pup now and even has a best friend. His videos posted on Facebook and YouTube on the He’Art of Rescue page has made him an internet sensation. He has thousands of admirers all over the world who are praying for his super fast recovery. 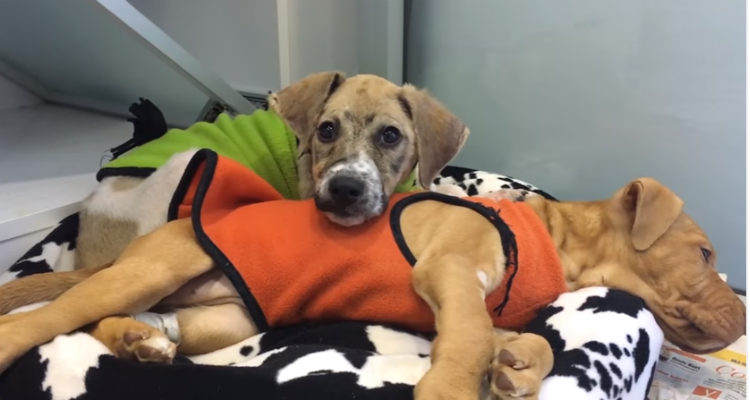