There’s nothing that unites us desis like our love for Bollywood. The second we see a celebrity, we whip out our cameras and go on a selfie spree. Recently, Varun had multiple fanboy moments when he visited Madame Tussauds where his wax statue was unveiled.

Madame Tussauds Wax Museum, has been the must visit destination Indians to get clicked with wax figures of their favorite Bollywood superstars. Here’s the thing- every desi tourist will click super crazy selfies with all the statues there and when actor Varun Dhawan got his own statue, he got just as excited as any other desi tourist.

A post shared by Madame Tussauds Hong Kong (@madametussaudshongkong) on Jan 25, 2018 at 4:11am PST

Varun went live on Instagram and excitedly began posting pictures of himself casually having hilarious conversations with other wax statues around him and even thanking them for attending his statue unveiling: 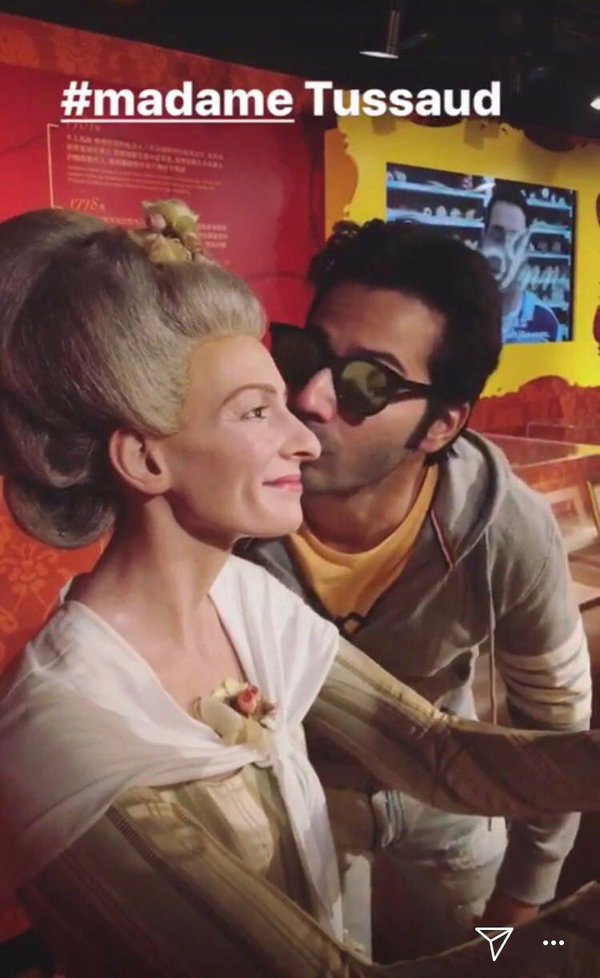 And then he was fanboy-ing over his OWN statue:

EXCLUSIVE one on one with the one pic.twitter.com/oDH4dfyW3I

The jacket is the same jacket I have worn in #abcd2 it’s the original jacket @remodsouza and now this piece of my movie is here forever. pic.twitter.com/n6hzQyE0yn

While his fans couldn’t stop congratulating him, others on Twitter couldn’t help but pull his leg:

Every second boy in Lokhandwala looks like @Varun_dvn why do we need a statue? #mumbai #TuesdayThoughts #MadameTussauds

Varun Dhavan gets his own statue at #MadameTussauds?
Still the 2nd worst remake of Judwaa.

So #VarunDhawan gets his own wax statue at #MadameTussauds , HongKong.

I love him and everything.Really.

But what great achievement has he made to BE there __

Sorry, this will take time to sink in.

Varun Dhawan is just nine films old, for the record. Only ONE of which is worth a watch, thanks to the acting chops of a certain Nawazuddin Siddiqui. But we don’t see the latter’s statue anywhere, do we? Not enough abs to make it to Tussauds, probably.