The world had barely gotten over Justin Trudeau’s butt and here we are with photos of when he was a young adult and for very obvious reasons the Internet is drooling uncontrollably. We’ve loved him for his butt, for him doing Mayurasana on a table, for his refugee policy and well just for being the way he is. Now, to these young Trudeau pics if our reactions had to be summed up, this would be it.

A tiny reminder of the previous times he has been just totally cool and hot at the same time! 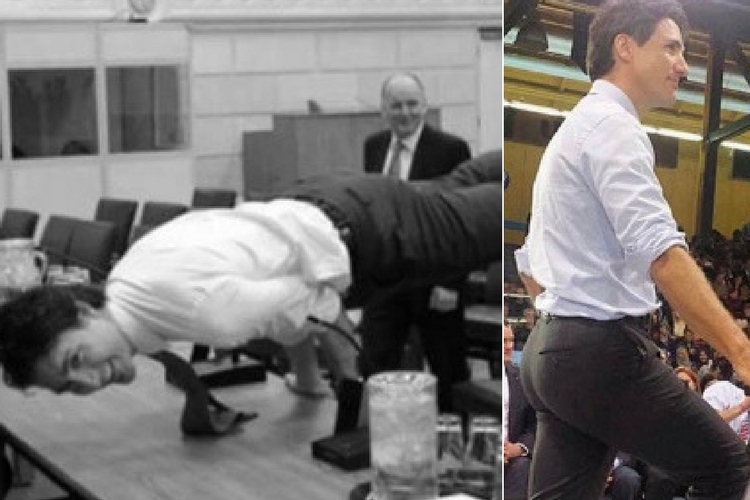 Remember the time when a young Joe Biden was fished out and he looked like one of God’s finest creations? Well, young Trudeau is sure Canada’s answer to that and we cannot yet decide who is winning. From an Indie band member to a Disney prince, Twitter is losing it over what Trudeau looked like when younger. And, how could we keep your eyes from feasting on him, right?

Now accepting reservations to talk about young Justin Trudeau anytime anywhere 24/7 please. Just give me a time and place and I’m there. https://t.co/jQtEzDaqCX

Young Justin Trudeau looks like he plays rhythm guitar in one hell of an indie band pic.twitter.com/Qd4gxneVpx

Young Justin Trudeau could run me over with a semi and I’d say thank you pic.twitter.com/oVDwWuQEio

Young Justin Trudeau could leave me on read for twenty years and I’d thank him for his time. pic.twitter.com/AJogPBGqQE

you guys can have young joe biden i call young justin trudeau pic.twitter.com/Ca2Se1LgtQ

fire down below for the young Justin Trudeau pic.twitter.com/B4Zi6KFMtf

Raise your hand if you feel personally victimized by Young Justin Trudeau: pic.twitter.com/fdto1KDrgq

Young Justin Trudeau is the most beautiful human being I’ve ever seen and I’m gonna kill myself pic.twitter.com/8iHoFHf9UB

Not that he is any less dapper now, but young  Trudeau is undoubtedly Internet’s best discovery so far. If in case you get that objectification guilt creeping in, look at him again and that feeling will soon go away!