Amid apprehensions over spurt in fake news, Google-owned video-sharing website Youtube said it is taking several steps to ensure the veracity of news on its service.

This is the latest update of the Google News Initiative, launched by the tech giant in March, focused on reducing misinformation on YouTube, including the conspiracy theories that have flourished after events like the recent Parkland shooting in United States.

How will YouTube curb the spread of fake news

For example, YouTube search results prominently showed videos purporting to “prove” that mass shootings like the one that killed at least 59 in Las Vegas were fake, acted out by “crisis actors.” At such times, YouTube will begin showing users short text previews of news stories in video search results, as well as warnings that the stories can change.

In these urgent cases, traditional video won’t do, since it takes time for news outlets to produce and verify high-quality clips. So YouTube aims to short-circuit the misinformation loop with text stories that can quickly provide more accurate information, Associated Press reported.

Google is employing 10,000 ‘human reviewers’ to monitor search results around the world and determine what will count as authoritative sources and news stories. 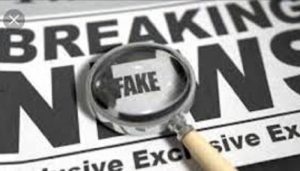 Alexios Mantzarlis, a Poynter Institute faculty member who helped Facebook team up with fact-checkers (including The Associated Press), said the text story snippet at the top of search results was “cautiously a good step forward.”

YouTube’s new shelves will give preference to videos from authoritative news sources. It will look at the number of citations across the internet and historical credibility of a publication — not just the popularity of a video.

YouTube says Google PageRank, the algorithm that powers the Google search engine, will play a major role in determining whether a source is considered authoritative, mashable.com reported.