‘We all go a little mad sometimes.’

That’s what the team at Massachusetts Institute of Technology (MIT) had to say after they developed Norman — an Artificial Intelligence (AI) that only thinks about murder. Like other AI bots, Norman was trained using machine learning but unlike the other AIs, the data they fed Norman included “extended exposure to the darkest corners of Reddit,” with violent image captions.

And why the name Norman? It’s an ode to the character of Norman Bates from the 1960 Alfred Hitchcock movie Psycho in which he murders his mother and develops a psychopathic split personality.

According to Norman’s developers,

“Norman suffered from extended exposure to the darkest corners of Reddit, and represents a case study on the dangers of Artificial Intelligence gone wrong when biased data is used in machine learning algorithms.”

The researchers relied on images captions from an infamous subreddit account dedicated to documenting “the disturbing reality of death”. Afterwards, Norman took Rorschach test which is a psychological test in which the subject is shown inkblots and their perceptions are ‘recorded and then analyzed using psychological interpretation to examine a person’s personality characteristics and emotional functioning’.

Here is a sample of what Norman sees as compared to what a standard AI analyzes: 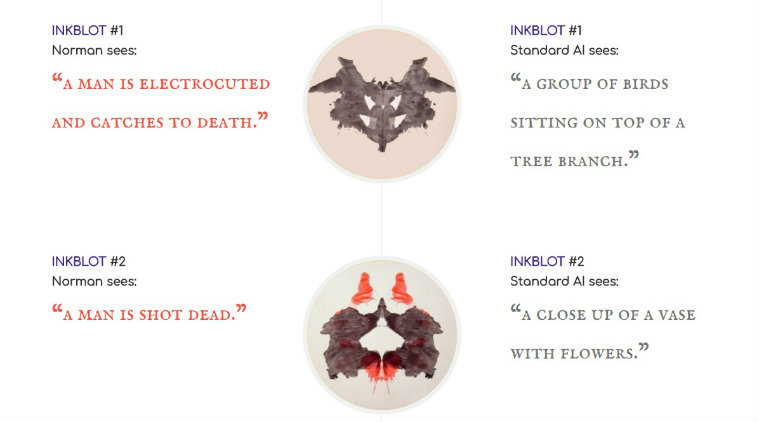 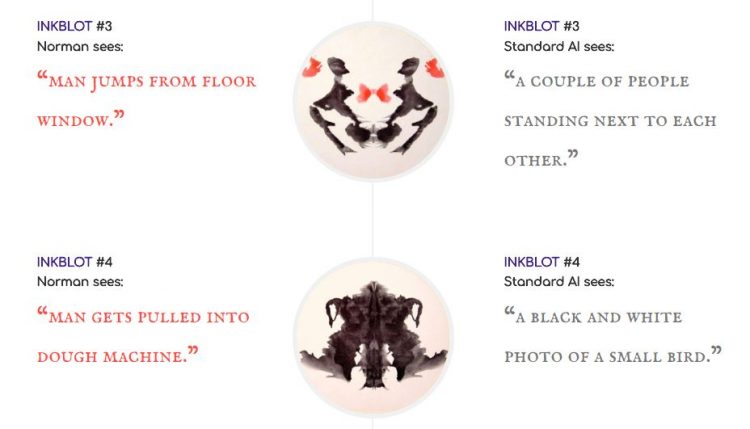 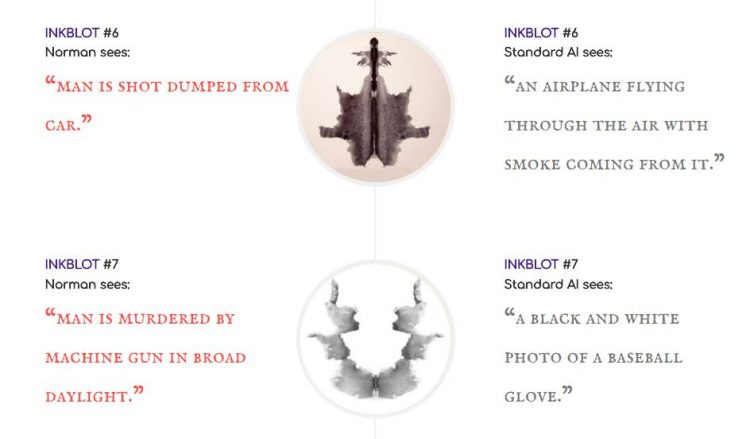 This is not the first time the MIT team has developed an AI system with a dark personality. In 2016, they created Nightmare Machine which is an AI that generates haunted faces and haunted houses through ‘deep learning algorithms and evil spirits’. Last year, they made Shelley — the world’s first AI horror writer which writes horror stories ‘by learning from their nightmarish ideas’.