How often do you get frustrated when you’re talking to your friend and you realise there is nobody at the other end of the call? Most people have faced the problem of call-drop at some point in their lives. Whether you are living in Tier A cities like Jammu and Pune or in Tier B cities like Aligarh and Agra — the problem remains the same especially around the festivals and new year celebrations when people talk to their relatives and friends quite often. However, if you are living in metropolitan cities like Delhi and Mumbai, you don’t expect to face such problems. Apparently, that is not the case.

In a startling revelation, Telecom Secretary Aruna Sundararajan told the media that India’s biggest two cities — Delhi and Mumbai — and two of its most populous states — Uttar Pradesh and Bihar — face the worst call quality in the country.

“The worst affected areas seem to be Delhi, Mumbai, Uttar Pradesh (East), Bihar, etc. We have asked the operators to specifically take measures for these places where the call drops are the worst and put those on a fast-track,” she said as reported by The Indian Express.

While the situation up north is definitely worrisome, the conditions looks grim down south as well. Sundararajan revealed that nearly 30-33% of the complaints came from the south, particularly from Andhra Pradesh, Telangana, Chennai and Tamil Nadu, reported The News Minute. 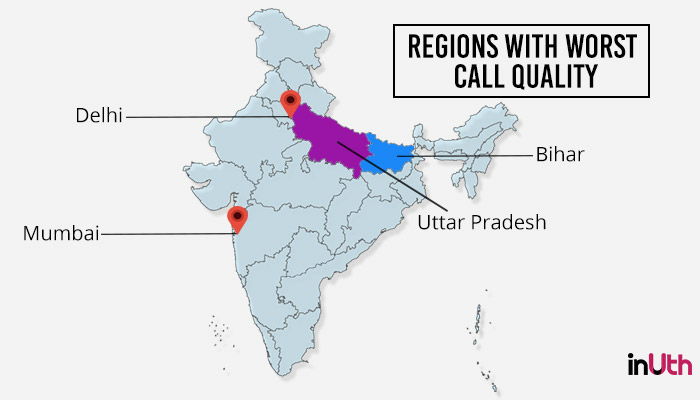 Solution?
The Department of Telecommunications (DoT) is concerned by the call quality in our country and it intends to solve this problem by meeting the telecom operators every month to review their progress. The operators have been told to ensure coverage at all international and national airports, major hospitals and highways across the country.

While DoT said that it will monitor the situation closely, Telecom Regulatory Authority of India (TRAI) has also issued new and more stringent guidelines to tackle the issue.

Issues?
Meanwhile, the telecom operators have raised issues that contribute to the call-drop menace — approvals for cellular sites, the sale of mobile handsets without necessary certification and the equipment installed by individuals to boost the signals. 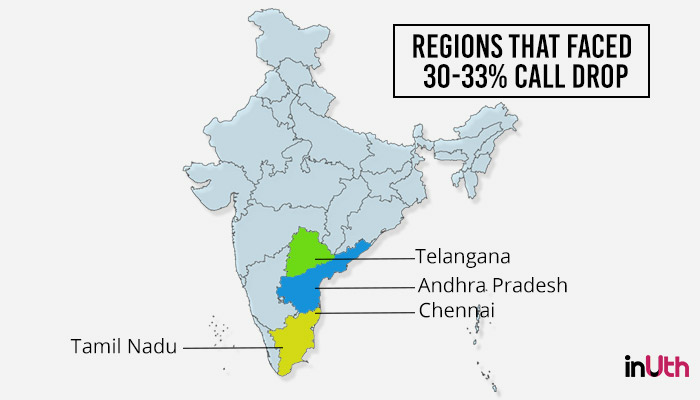 While the government and the operators are actively taking steps to mitigate this situation to solve this problem, it won’t be before March that we witness some change in the situation on the ground. Meanwhile, all you can do is wait and hope that the next call you make doesn’t get disconnected automatically.