How black is black? Is your black dress dark? Or is night sky black enough? If you’re guessing the latter, you are wrong as the blackest material on Earth isn’t something that occurs in nature. In fact, it’s an outcome of endless human research.

Confused? Well, before we begin to unravel the mystery behind the ‘blackest material’ on Earth, it’s important to understand what the word ‘black’ means. Black isn’t a colour. On the contrary, it’s the absence of visible light (yep, your entire adult life has probably been a lie). 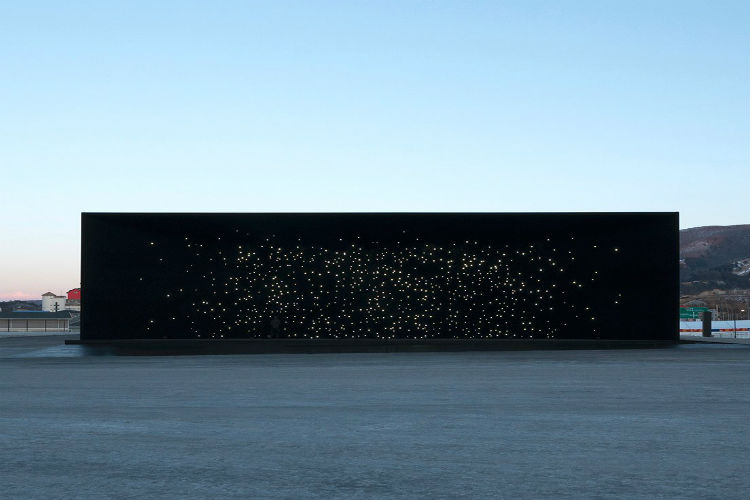 It can absorb 99.96 percent of visible light and holds the Guinness World Records for being the world’s darkest man-made substance.

‘Blackest’ building on Earth
And now, architect Asif Khan has used this unusually dark material to create the world’s blackest building. ‘The Hyundai Pavilion’ is located in PyeongChang, South Korea and it was designed by the architect for Winter Olympics 2018.

ALSO READ: Geneva Auto Show: From Mercedes to Aston Martin, here are 5 beasts you should look out for

The structure’s 10m high parabolic walls and 35m long exterior has been coated with Vantablack VBx2, a derivative of the original Vantablack that can be spray painted like conventional paint. The material absorbs 99 percent of the light that hits its surface, creating an illusion of a void in broad daylight. The walls of the lights are fitted with tiny white lights which look like tiny stars against the background. 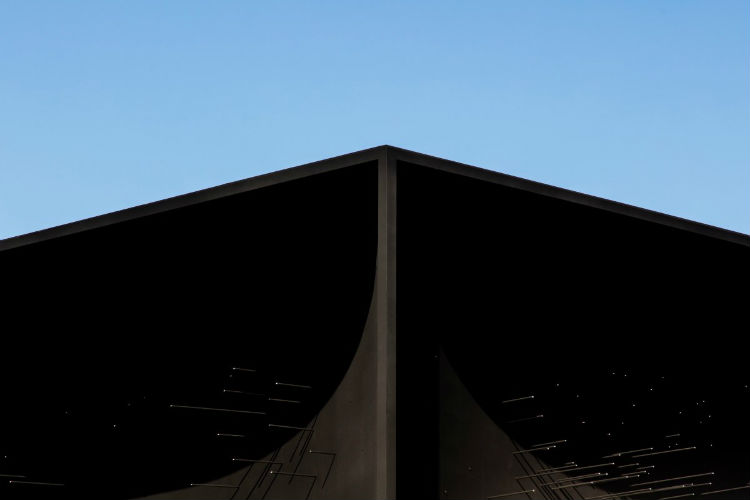 “From a distance, the structure has the appearance of a window looking into the depths of outer space,” Khan said in a statement to World Architecture News.

Inside, the architect has designed a ‘water room’ — a multi-sensory hydrophobic water installation which emits 25,000 water drops per minute. The sensors allow water droplets to interact with the visitors. Water continuously collide and flows toward a central ‘lake’, which drains before reappearing in the space.

“The water installation visitors discover inside is brightly lit in white. As your eyes adjust, you feel for a moment that the tiny water drops are at the scale of the stars,” Khan said. 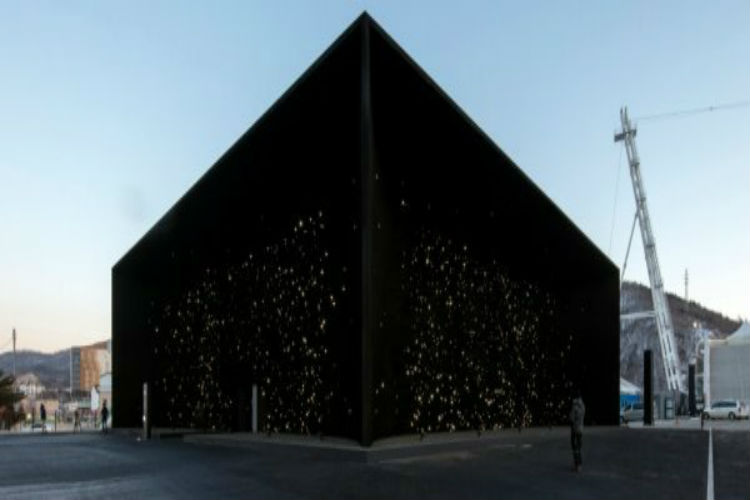 The structure is a metaphorical tribute to the universe — the origin of Hydrogen. While the blackness represents the cosmos, the water droplets represent the hydrogen molecules. “In the project, I wanted to move from the scale of the cosmos to the scale of water droplets in a few steps. The droplets contain the same hydrogen from the beginning of the universe as the stars,” he added.

The marvel has been commissioned by Hyundai Motors as a part of its global mobility initiative.