After Ask.fm and sayat.me, the internet has fallen in love with another anonymous messaging app called Sarahah. It’s literally the same thing- Make an account, get a link to your profile and share it with people, watch as people shower you with unwanted comments that you asked for. The app has been flooding Facebook, Snapchat, Instagram and has managed to get over 50 lakh downloads already. It spread like wildfire around the world and has now made its way into Indian newsfeeds. If you’re active on social media, you must have seen Sarahah app messages being shared by people.

Here’s the main problem with Sarahah and similar apps- It’s a safe haven for all cyber bullies. Even though the creators have stressed on the fact that Sarahah (which is Arabic for honesty) was created for ‘creative criticism’, there’s a lot of people who will misuse the anonymity. Since people have the freedom to send anonymous messages to anyone they want, there have been reports that people are misusing the app and are using it to send offensive/obscene messages. We’ve all been through the Ask.fm and Sayat.me phase and know what we’re in for. While most people take all messages sportingly, social media mixed with anonymity can go real dark real fast.

Once you register on the app with your email ID you create a Sarahah profile and link it to Facebook, Twitter or any other social media platform to let your friends know your ‘messaging’ link. 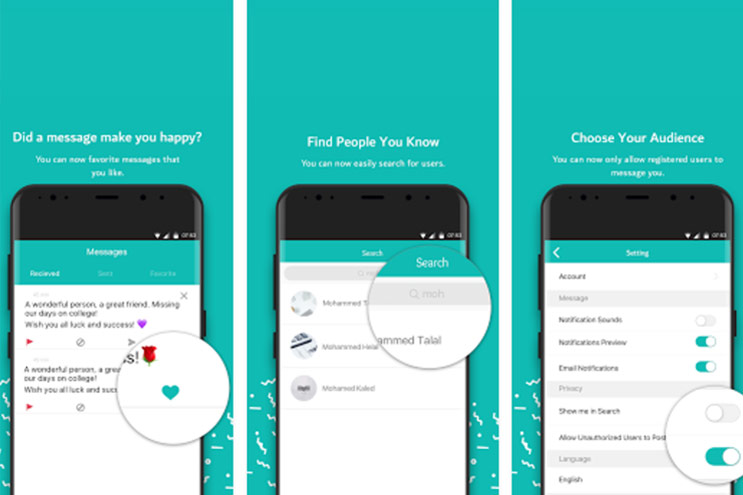 Both the sender and receiver of the message need to install Sarahah to send/receive messages. Though you can’t directly reply to people who send you messages, you can share the messages you receive on Facebook/Twitter. Just like Ask.fm and Sayat.me, Sarahah is probably going to disappear in a few weeks when people are done with and move on to the next viral sensation. Such is the circle of virtual life, isn’t it?

Have you tried the app yet? Tell us all about your experience!