Kerala is reeling under the worst floods the state has witnessed in the last century. Even the state’s power grid has taken a hit with power supply down by nearly 30%. However, thanks to a group of engineering students, people who are stranded or are in the relief camps can at least use their phones to call their immediate family.

Mechanical engineering students of the Government Engineering College in Trivandrum, who are also a part of an NGO called ‘Inspire’, have thought of an ingenious way to develop power banks that can charge mobile phones of the people in the affected areas. 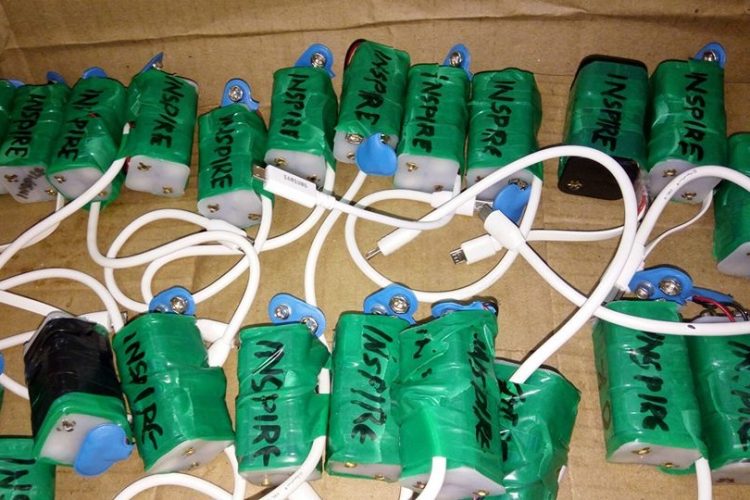 How do they create the makeshift power banks?

The students have connected 8 AA batteries in two cartridges and soldered the whole system to a USB cable that can be connected to the phone. The phone will only be charged when it’s switched off and can retain a charge of up to 10-15%, enough to make essential calls.

The students have already developed over 500 such “emergency powerbanks” and are working to make more such devices. After bubble-wrapping the power banks to avoid damages, the students handed them over to the District Administrative Officer who has in turn given them to the army and organizations like the Red Cross to distribute.

Aditya, one of the engineering students, told Asianet News,

“One phone call can save a life”

The students have asserted that they’re not developing the power banks commercially as they’re fit only to be used in emergency situations. Long-term use of the makeshift power banks can damage the phone.

However, they are quickly running out of materials to make more such devices. They’ve scouted over 100 supply stores in Thiruvananthapuram and haven’t been able to source the cartridges or the batteries locally. Now they’re sourcing the cartridges from Bengaluru, Chennai and Nagercoil. You can contact them here if you want to help. 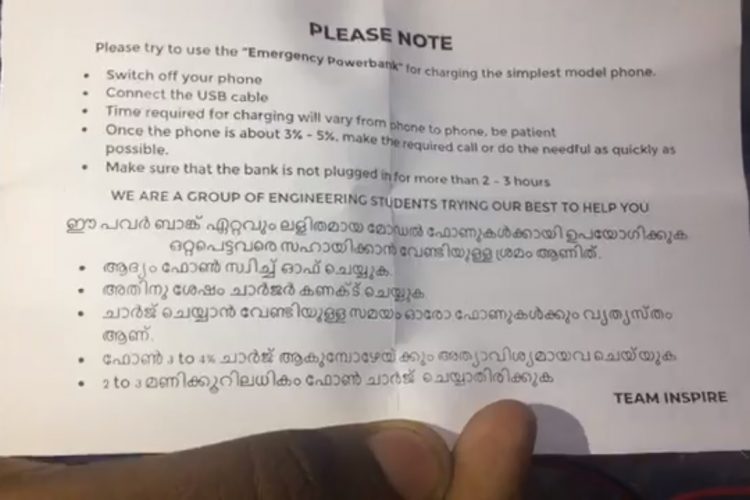 Manual on how to operate the makeshift Powerbanks

According to the state government, 4,000 electricity transformers have been switched off to avoid mishaps. The power outage has affected telecom services all over the state, especially in low-lying flood-affected areas. The Kerala State Electricity Board is prioritising to resume the power supply in relief camps, hospitals and water treatment plants.