Your pocket is an evil creature. It sends voice notes, messages, and attachments without telling you…kind of like your drunk self.

When WhatsApp rolled out its ‘delete message’ feature, it was a godsend for anyone who ever regretted sending a message. And now Facebook is following suit with an ‘unsend’ feature in Messenger that it’s currently testing. The feature will pop up just above the ‘delete message’ option.

If users select the Unsend button, they will be able to delete the message from the chat on behalf of all its users. However, that the feature will only allow users to exercise the option within a limited time period, else it will remain in the recipient’s inbox forever. 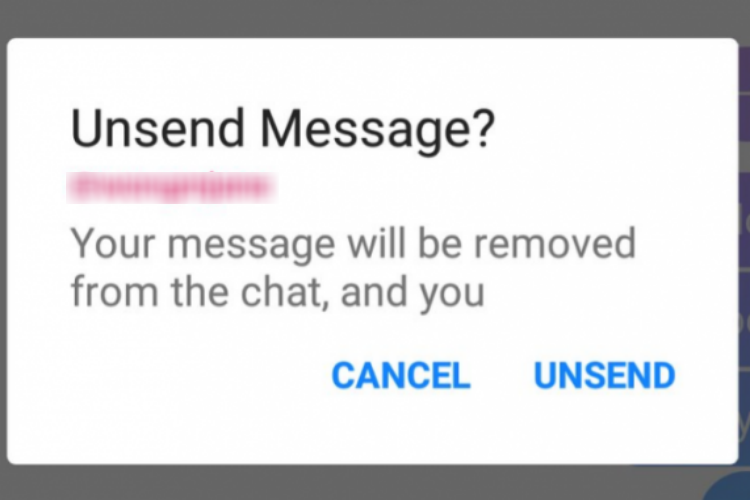 This comes after Facebook disclosed earlier this year that it had secretly deleted messages sent by CEO Mark Zuckerburg from people’s inboxes. The incident raised privacy concerns and many were calling out the Facebook CEO for the apparent abuse of power as the ‘unsend’ feature was not available to other users. Facebook then said that it would roll out the feature on a wider scale.

A spokesperson of Facebook confirmed to TechCrunch that it was developing the feature and internally testing it at the moment:

“Facebook internally tests products and features before they ship to the public so we can ensure the quality of the experience.”

Though you can currently delete messages from your own inbox on Messenger, they do not get deleted from the recipient’s chat.

As of now, the feature would first roll out on Android devices.