Scientists at IISc Bangalore have designed India’s first mind-controlled drone that can be flown simply through the user’s thoughts. The drone can move in four directions — up, down, left and right — depending on where its controller wants it to fly. The operator can fly the drone using EEG (electroencephalogram) headset which is an electrophysiological monitoring method to record the electrical activity of the brain. The drone makes use of BCI (brain-computer interface) for the brain to directly communicate with the device by sensing brain activity.

“The research was really a challenging one as we were a pioneer into the field of BCI and the biggest challenge that we faced monitoring EEG, is artefact recognition and elimination as there are subject related artefacts and technical artefacts which have to be handled differently. And on the other hand, it is very important that the subjects concentrate on a particular task, which would otherwise have a negative impact on the accuracy on the system.” 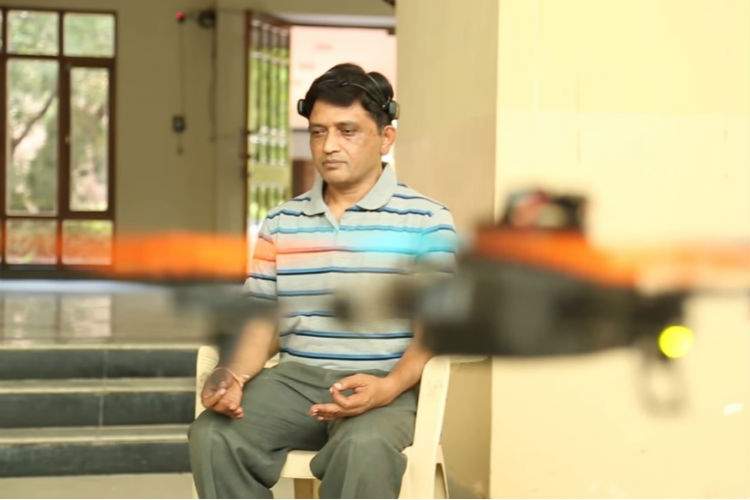 Though the “mind control” drone is not an invention, this is the first time such a drone has been designed in India. Prof Omkar told us how his research is different from others:

“Our research differs in a unique way as the data acquisition protocol, for this study, was carefully designed to get maximum signal to noise ratio and all external disturbances were eliminated such as noise, light and wireless radio-interference.”

With the possibility of robots being controlled through mind nearing reality, the applications of such technology are wide. Prof Omkar said,

“Other robotic tasks can also be performed as the concept of brain-computer interface is revolutionary in itself…BCI can have a lot of scope in the future technical applications as the Control of Prosthetic limbs and even self-driving cars can also be optimized with BCI. One of the major future application is that enhancing Virtual Reality with BCI.” 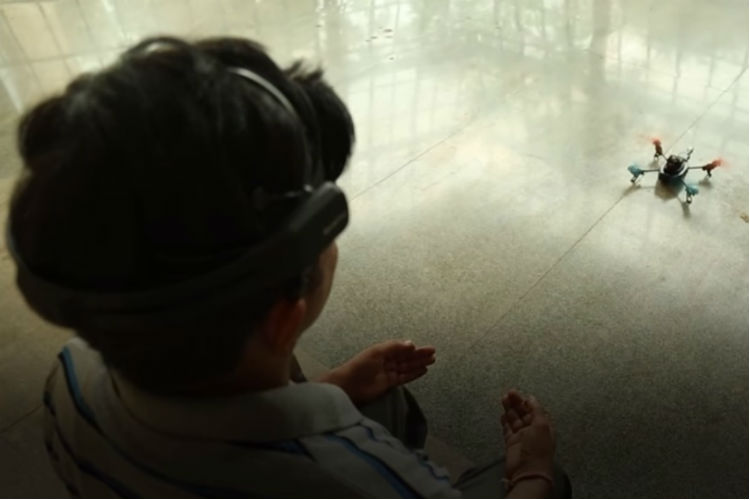 “Any technology can easily be manipulated, but rather than looking at the drawbacks the effective usage is well principled.”

Professor Omkar and his team are not limiting the usage of drones through “mind-control”. They have signed a MoU with the Maharashtra govt to employ drones for crop assessment. They are also currently researching how drones can be used to spot violent behaviour in crowds.