If you’ve noticed that some LGBTQ-related ads have either been blocked or taken down from Facebook, you’re not the only one. According to an investigation by The Washington Post, dozens of LGBT+ adverts — ranging from transgender rights in The Philippines to anti-LGBT bullying ads in the United States — were blocked by Facebook because the company’s automated and human monitors determined them to be political.

And now Facebook too has admitted that it had incorrectly censored LGBTQ-related posts as it considered them to be “related to politics and issues of national importance”. Devon Kearns, Facebook’s spokesperson told The Washington Post,

“The ones that were incorrectly labelled have been removed from the archive and we apologise for the error. We do not consider all ads that relate to LGBT under this policy, but rather only those that advocate for various policies or political positions, which several of these ads do.” 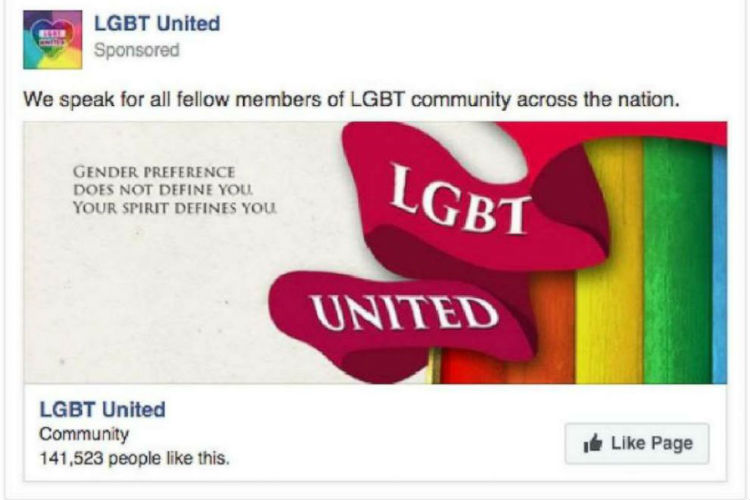 According to Facebook, the posts were erroneously mixed up due to the regulations it had enforced after the meddling of Russian-state actors during the 2016 US elections.

The social media giant came under the scanner after it was reported earlier this year that Facebook had been blocking ad targeting on the basis of sexual orientation, thereby preventing LGBT+ organizations from reaching their target audience. Last year, PinkNews reported that Facebook was taking money from ‘gay cure activists’ who used the social network’s ad tools to target LGBTQ people. In August, it was revealed that Facebook targeted users with ‘predatory’ gay cure adverts that promoted “sexual purity”.