Just when you thought 2017 was going to be better than 2016, Taher Shah appeared out of nowhere and destroyed the little hope that we had for the new year.

The man who wore bright colored gowns with wings and pranced through the lush green gardens in his previous music video is now channeling his inner Queen Elizabeth as he sits on a throne with a cat like a rich aristocrat. 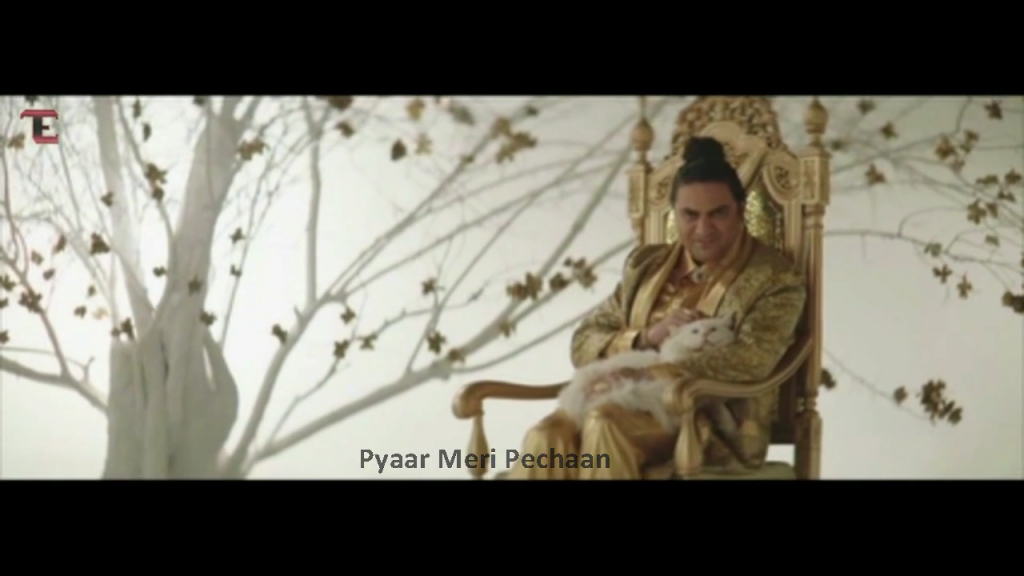 The cat looks traumatized to say the least. Taher Shah strokes the cat as he half-sings his weird shayari which doesn’t make sense. The cat grows more restless as Taher Shah continues to torture us with his poetic (or lack thereof)  lines. 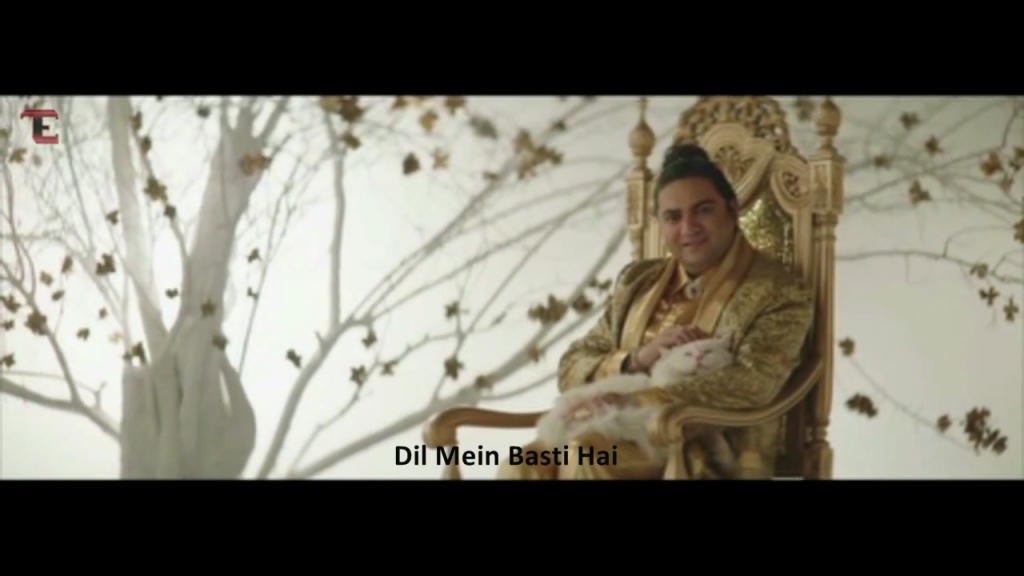 It’s not clear whether the 2 minute 50 second video is a music video for his shayari or a holiday message. Looks like Mr. Shah likes to keep his fans guessing.

It’s interesting to note that the video begins with a title where we see “King” Shah is the name of the artist instead of Taher Shah. Looks like the man is all set to reinvent himself and segregate his royal self from the peasants. How else can you explain the name “King” Shah. 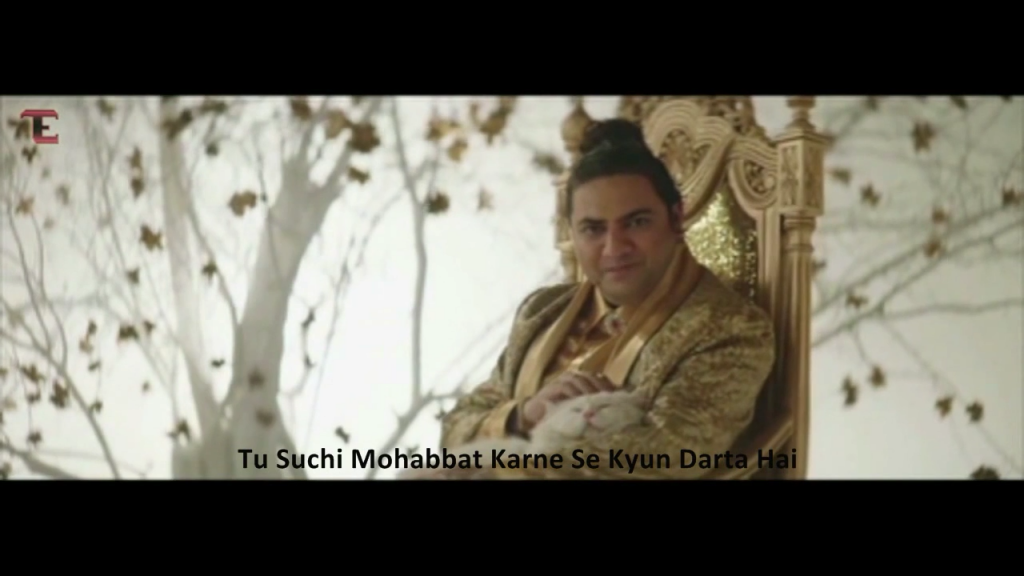 What’s even more hilarious is that Taher Shah leaves a message for the friend zoned guys. After 2 minutes if random shayari King Shah says: 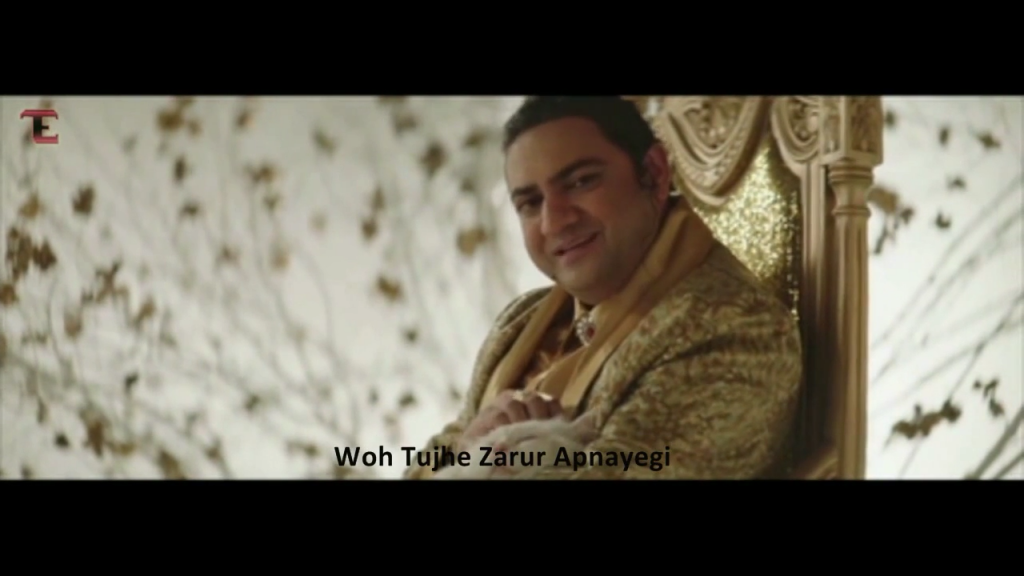 I know right?  Now how the hell should I make sure if my Muhabbat is farishta?

I don’t know about you, but I feel sorry for the cat. 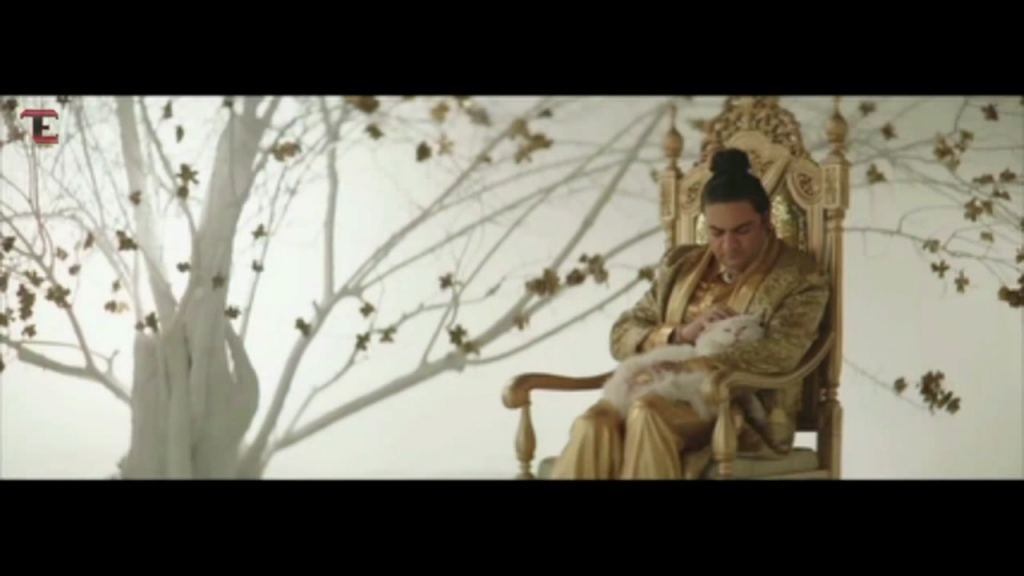