Gone are the days when people used to stand in a long line to get a beer. It’s time to go online. At least this guy thinks this. So, this Indian boy named Ankit Jain chose an easy way out (not really). He took to Twitter and tagged bira91beer’s official Twitter handle and asked about how many RTs for year supply for bira white. Surprisingly, he got the reply and the deal was sealed for 91k. Check out the screenshots here: 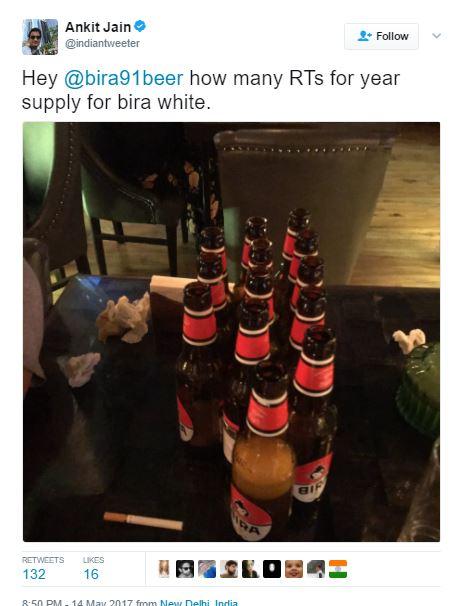 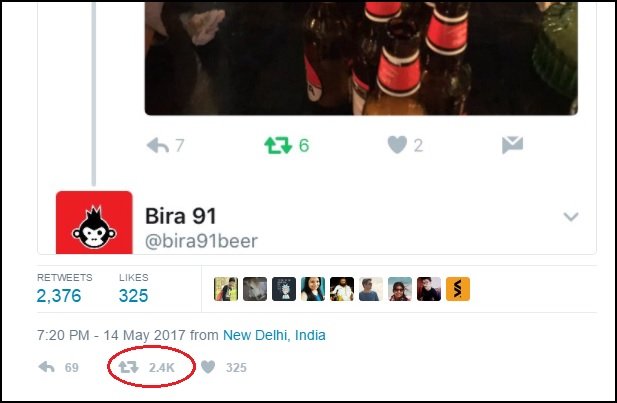 Well, this is not the first time when somebody took to Twitter and asked for some supply. Last month, a guy tagged Wendy’s and asked for a year of free chicken nuggets. He instantly got a reply from Wendy’s — 18 Million. He asked for help several times, and voila! he won free nuggets.

Nugget boy is here today. You know what they say… keep your friends close and your Twitter competition closer. pic.twitter.com/PA9Vfu2tY3

And finally, Wendy’s confirmed his win with a tweet:

.@carterjwm is now the most retweeted tweet of all-time. That’s good for the nuggets, and $100k to @DTFA. Consider it done. #nuggsforcarter pic.twitter.com/k6uhsJiP4E

Hence, taking inspiration from this remarkable feat of his,
What are you waiting for? Go help a brother in need. Also, Ankit, if you do get a year’s supply of beer, don’t forget to share it with us mate.

Hey @bira91beer how many RTs for year supply for bira white. pic.twitter.com/FzTHMzMQAD