It is well known that Americans do not know the first thing about making chai. For starters, they call it “chai tea.” Thankfully, on his trip to the west, Indian comedian Vir Das attempted to teach Americans what a perfect India chai should really taste like.

Schwartz invited a homesick Das into his home to offer him an array of chais from America, which the Indian comedian likes to think is simply “watered-down cat piss chamomile“. 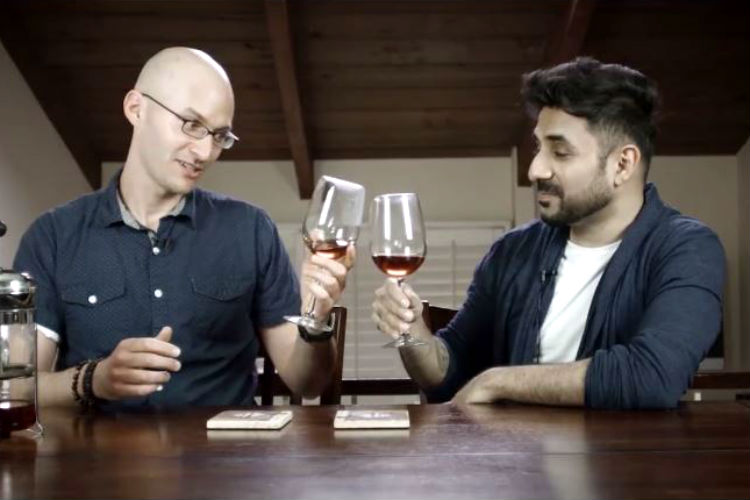 Ruining the whole desi vibe of chai by pouring it in fancy wine glasses, the two sipped tea from different outlets including Starbucks, Groundwork, etc. As Vir Das tasted and analysed Groundwork’s “Bombay Chai”, he couldn’t help but be disappointed at how awful Americans are at brewing an authentic cup of tea. “Not to sound negative but, you know how sometimes, you have a headache and then, if somebody came and stabbed you in the leg… you won’t have a headache,” Das said describing the “chai“.

Das even tried Eric’s homemade tea after which he labelled Schwartz as a “fantastic comedian who makes fuckall tea.” Surprisingly though, when Das sipped the cutting chai from Badmaash, he was amused at how perfect it was.

Here is the full video of the Chai Challenge: