If you have always wondered if US President Donald Trump is even human then this video answers all the questions that have been going on in your head. The thing is, Trump has been keeping a secret from you. He is in fact not human. He is a cat in disguise. He’s a low-key OCD, Cheeto-coloured, wall-building cat. Wait, does that make him the pussy he meant to grab?

Now, now, before you call BS on this, you gotta check this video out. Apparently, Trump just cannot bear the sight of anything sitting close to him. Which begs the question, why? Is it that he’s just a cleanliness freak and can’t seem to restrain himself from tidying up the place? 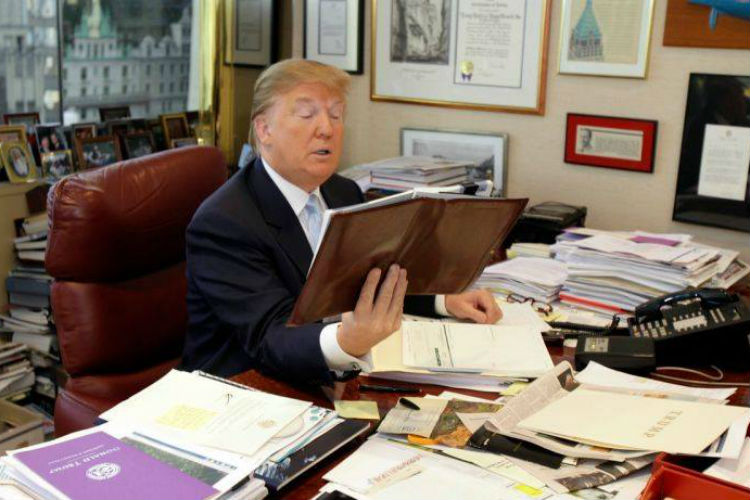 Nah, that can’t be it. Or could it be that he is afraid of suspicious articles like an unattended bag or a… glass of water? Don’t you worry Trump, I’m sure nobody can nuke you with a pile of sheets. Or, can they?

It is fitting that someone photoshopped a cat’s face over Trump’s because this video proves that POTUS is quite similar to the feline creature. One can never know what they’re thinking or what they will do next, they like to whip up trouble and they annoy the living shit out of you.

Also, on the plus side, we don’t have to look at his orange, wrinkled skin. Guess we won’t be poking knives in our eyes today. Perhaps some other day.