Women subjugation and atrocities against them are a harsh reality. Issues such as workplace harassment, molestations or even rape go unnoticed. They manage to get themselves a spot on the breaking news section of a channel, but fail to create impact or get an actual response from the government. One such oft-ignored, or in fact a lot more ignored, issue is that of ‘marital rape’. 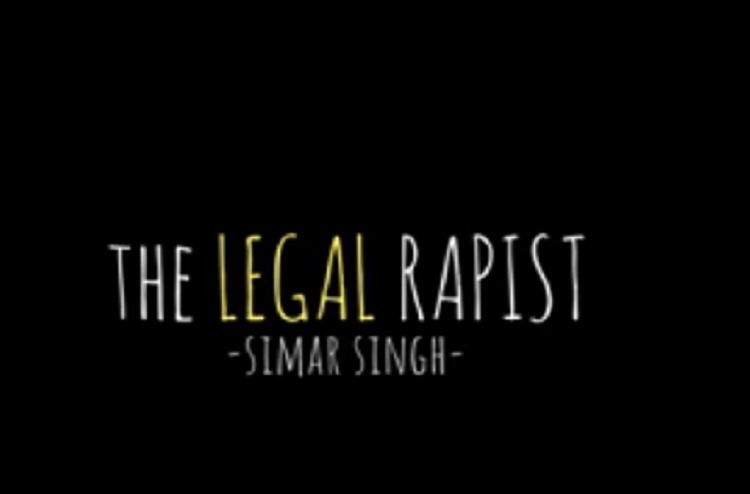 Before digging further, it is important to define martial rape. So marital rape is when a man forces her wife for sex or has sex with her without her consent. Now it’s not surprising that most people do not understand what is wrong with forcing their wife into bed since is an issue that is never talked about. There are no awareness campaigns by the government and it is so grossly overlooked that there are no laws criminalising this forceful act in our nation.

It’s great that the modern urban youth are taking the initiative to raise such an indispensable issue through campaigns, talks, theatre and poetry slams. This video titled ‘The Legal Rapist’  highlights the suffering of those women who are every single day forced for sex in the name of ‘love’.  Simar Singh’s recital of this hard-hitting poem is simply amazing and raises some very important questions about ‘marital rape’.

The video was posted by UnErase Poetry on their Facebook page. So far it has garnered more than 12k reactions from the viewers and people are definitely rooting for this young man. The best part of the poem is the end where Singh says “If marital rape isn’t an actual thing and being a housewife a job, then isn’t this harassment at the workplace?”.