You might jump at the mention of the TV show Friends. You might clap four times every time the intro plays. Hell, you could even have a bed that’s a race car but, you could never be as big a Friends fan as these guys. Meet the couple who recreated the popular dance, “The Routine” from Friends which was performed by the Geller siblings. Ross and Monica performed “The Routine” from their childhood at Dick Clark’s New Year’s Rockin’ Eve and it has been every fan’s favourite dance routine ever.

For those who do not remember the dance, here’s a bit of a reminder:

Performed to Loreta’s hit song ‘Trouble With Boys’, many fans have attempted to try out the choreography of “The Routine” and it is oddly difficult to do it. Surprisingly though, these parents seem to be total masters. 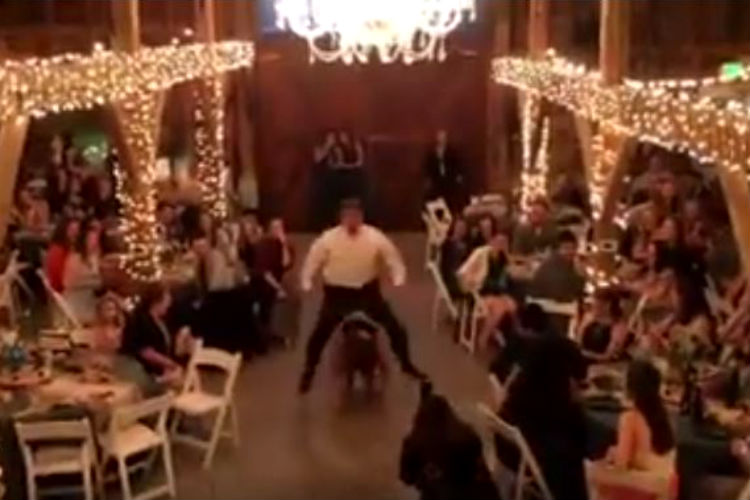 In fact, the whole wedding looks like it is based on a Friends-theme. The decoration looks shabby but, only after a closer look does one realise that it was intentional. Remember Ross’ wedding? Let me be more specific… Remember Ross’ second wedding, with Emily? 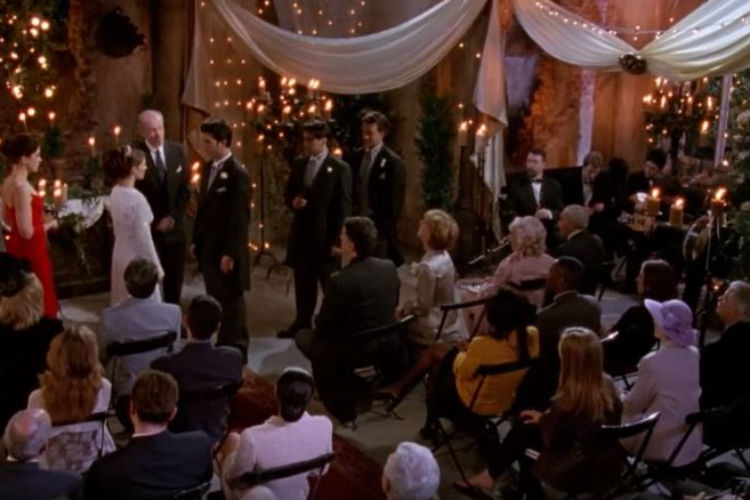 Ross getting married to Emily in London on Friends.

Cheap lighting strung across the walls with patio furniture for the guests. This couple thought of it all! We wouldn’t be surprised if they even decided on the guest list with blue and red pins.

Check out their awesome dance moves in this full video here: