Donald Trump shocked everyone by beating his rival Hillary Clinton in the presidential race but it seems he has trumped himself. The United States President-elect has picked up the oddest of jobs at his own hotel! From housekeeping to dog walking, Trump does them all without any complaints.

Trump spends a day in the shoes of his employees at the Trump International Hotel and Tower in Chicago. He takes up four different jobs and the first is that of a bellman. Now, a man who runs a global business and will quite soon, run one of the most powerful countries certainly isn’t expected to carry his own luggage let one someone else’s. 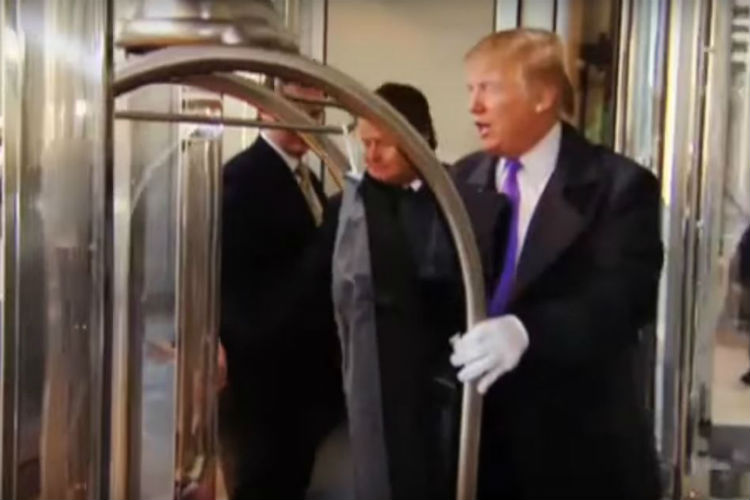 He jokingly asks, “Am I allowed to accept tips?” Like anyone would say no to that question at the Trump Tower. He proceeds to load an outgoing guest’s luggage in the trunk of their car. The bag seems to be unrealistically light for its size. I guess the makers of the video didn’t want the 70-year-old to sprain his back which is to support the weight of an entire country. 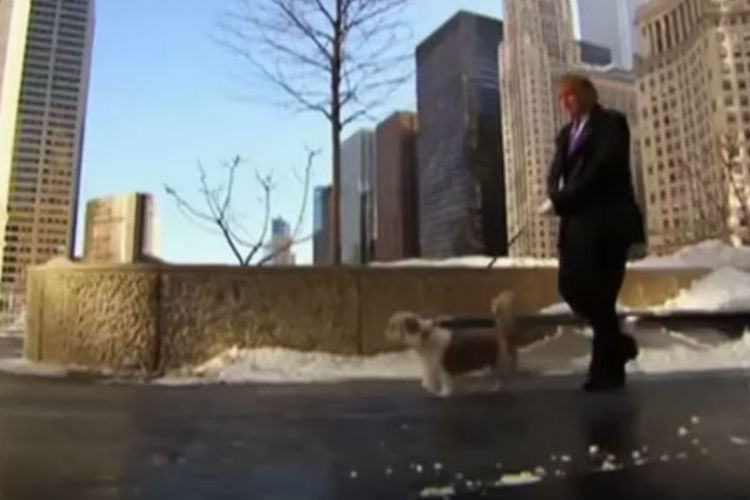 The next task he performed was to walk a not-so-vicious dog for a decent while in the dog park that is a part of the hotel. The owner of the dog hands the leash over to orange-skinned politician without giving it a second thought which, in Trump’s own words, she shouldn’t have. 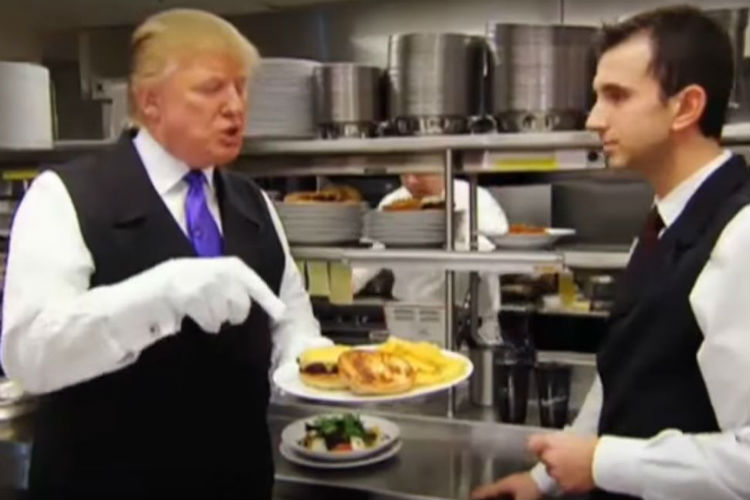 Next up, room service. Trump helps set the plate and pushes the service cart along to a fake-ass actress. He then asks for a tip which, he doesn’t get ’cause, you know. I’m certain he tips more at a bar than that woman’s salary #JustBillionaireThings. 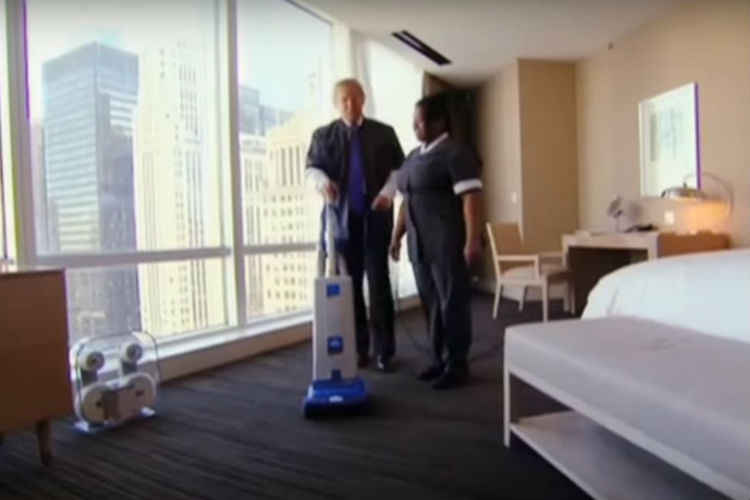 Lastly, he works with the housekeeping staff. He makes the bed and vacuums the room albeit, with a “little” bit of assistance like with starting the vacuum cleaner. And now comes the best part. CLEANING THE BATHROOM! Okay, it would have been a lot more fun to watch him scrub the toilet but yeah, we can make-do with him cleaning the sink. 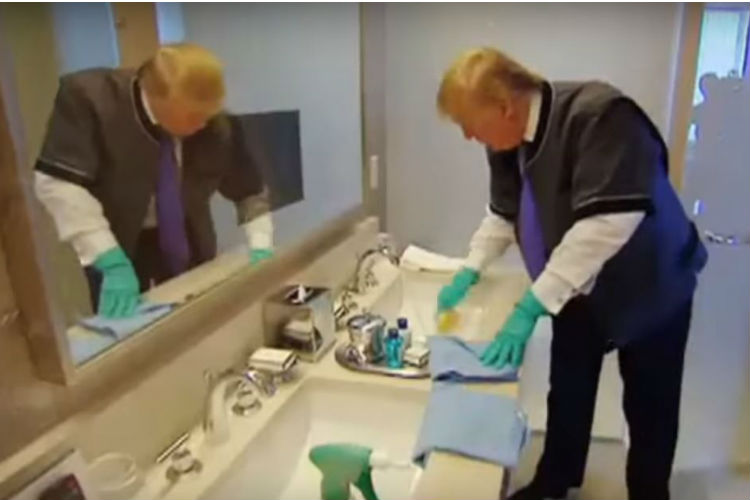