Mira Erda, the 17-year-old who is doing wonders on the racing track and inspiring all young girls from India. The young racer from Vadodara, Gujarat will become the first Indian female driver to compete in one of the highest classes of Formula Racing in the country after signing up for the Euro JK series in the upcoming JK Tyre-FMSCI National Racing Championship.

Mira started her racing journey when she was just nine and would go to her father’s Go Karting track and drive for fun. At 11, Mira was the youngest girl in Motor Sports in India at the national level. As Mira Erda becomes the first Indian Female Driver to enter in Euro JK Series, we speak to her about her achievements, what motivates her and her future plans.

When I had decided to go on the track, I was just 9, and I didn’t realise that motor sports was all about male dominance. Seeing no girl on the tracks only inspired me and ever since I started racing, I have been dreaming of becoming a Formula 1 racer. 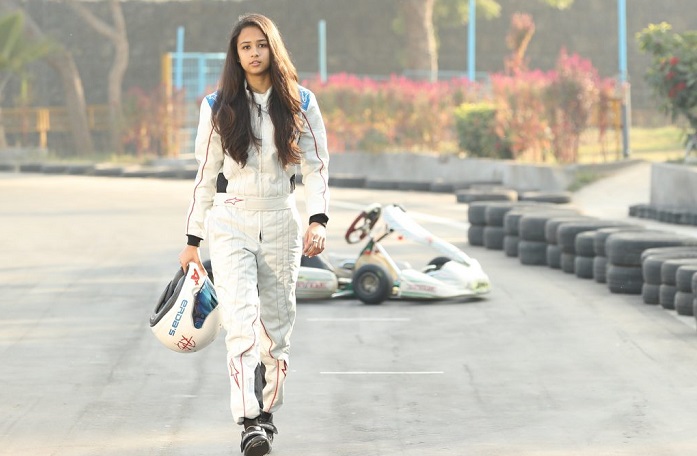 Mira took to Twitter to celebrate the news about her upcoming Euro JK Series and we are as excited as she is:

Sharing A Big News with y’all: I’ll be Racing in the Euro JK series in the National Racing Championship! @JKTyreRacing @fmsci @D2BDofficial pic.twitter.com/6zMXE0hBGx

With almost 75 National and International races under her belt, Mira has been tagged as the Speed Lioness. She won the 3rd place in the MMS-JK Tyre Rotax Rookie Cup 2011. She stood 5th at National level in Micro Max category of JK Tyre National Rotax Max Championship 2011 and won two rounds of JK Tyre National Rotax Max Championship 2011 at 2nd place. Mira has time and again been pitted against male racers and emerged victorious.