At a time when there is a lot of debate about period pain and should women be given a leave for the first day of the periods, will it come through or not is yet to be seen. But time and again, men have been making rules and regulations on behalf of women — about what is best for their bodies, whether its about abortion, or maternity leaves. Without even a hint of what women bodies go through during periods, child birth, or otherwise, some men are quick to decide that women ‘exaggerate’ everything related to periods pain and labour pain during child birth, even though science has proved that labour pain is the worst kind of pain that women experience. So two men actually decided to experience what it feels like to undergo labour pain and it was NOT pretty.

These two men with all their ‘bravado’ agreed to record their ‘stunt’. The video starts with their mutual conversation looking into the camera dissing everything they have been told about labour pain by their wives. As soon as they enter the room, two attendants await them and fire electrodes (labour pain stimulators) to their abdomen in order to recreate a similar situation when a woman undergoes right before and during childbirth. They both are joined by their wives. 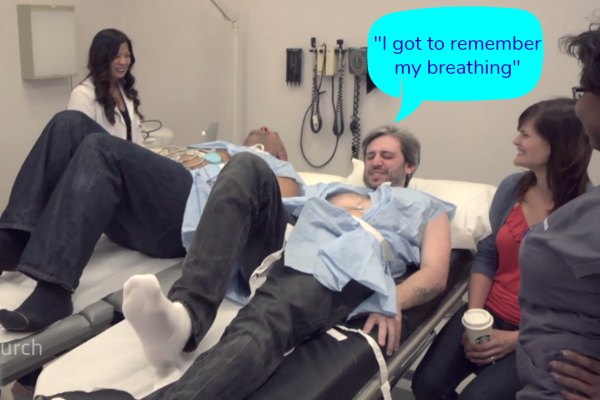 Within a few minutes, it seems like these guys have had enough as one guys screams in pain and asks the attendant that he hopes that ‘he is at stage 7’ but he’s quickly corrected by his friend lying on the other bed that ‘it is just stage 4’. Meanwhile both the wives try to calm them down by holding their  hands.

(Also read: Single and not ready to mingle? 11 reasons why being single is the best)

By the end of the video, one of them apologises to his mother and calls her a ‘supergirl’, after almost, literally, undergoing the amount of pain she would have gone through. 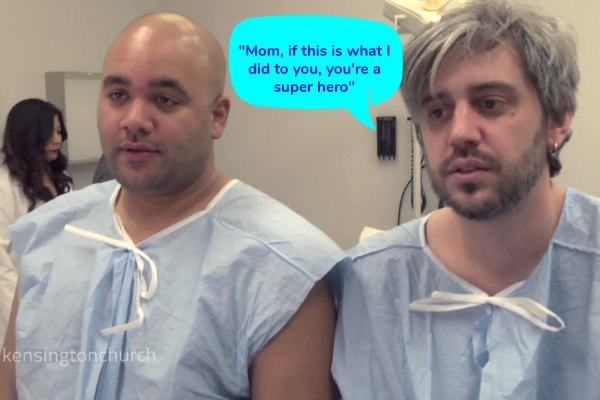 The result only goes on to show that it is better not to undermine anybody’s pain, being empathetic would be a better idea. Isn’t it?