It’s April 1, you guys! A day when people come up with meaningless pranks, plan hoaxes and scream ‘April Fool’ at those who fall for it. In what may come as an embarrassment for the ruling Bharatiya Janata Party (BJP), a number of people are celebrating April 1 as #FekuDiwas on social media. If you go by the tweets and memes that are doing the rounds on social media, you would realise people have monikered Prime Minister Narendra Modi as “Feku”.

In typical social media fashion, the tweets are hardly complimentary. One only has to glance through their Twitter feed to know that the attacks are largely thanks to Uttar Pradesh Chief Minister Yogi Adityanath’s Anti-Romeo squad who have been photographed and caught on tape harassing couples and arresting siblings in the name of women safety.

Or is the vitriol due to the latest meat taboo the government is practising? For those unaware over 500 legally-run meat shops have been shut in the past few days. Also, remember the promises of transferring Rs 15 lakh into every Indian’s account and the bullet trains. Can’t see any of those as yet. Check out these hilarious and sarcastic memes and tweets that are being circulated on social media to understand what we really mean:

People are enjoying the fruits of waiting for Mr feku promises 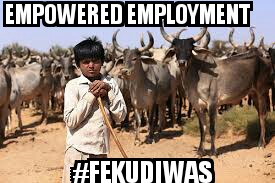 Nostradamus spoke about our own feku ji

#FekuDiwas on #aprilfoolsday are like a match made in heaven.The #jumla train continues to run pic.twitter.com/rMgzASkSoQ 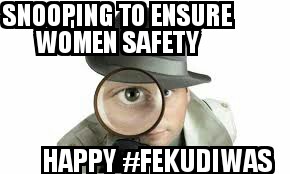