Let’s face it: Donald Trump is the first meme to become the president of the United States Of America.

The internet knows that the only thing Trump is a good example for is a meme format and we’ve all been laughing at Trump memes ever since the election. Everything he touches turns into a meme.

Recently, Donald Trump signed 18 executive orders and memorandums in the first 12 days of his presidency. Not everyone is happy with these orders, with many taking to the streets to protest. Meanwhile, on the internet, people are using the video footage of him signing the orders to make some hilarious GIFs and memes.

Obviously, where there’s a blank piece of paper or poster and an infamous character like Trump holding it, the internet will undoubtedly find a way to turn that canvas into endless possibilities (read:memes).
So it didn’t surprise us when this picture of Trump lit up the internet, where users have transformed the image and GIF of Trump displaying a signed order into hilarious illustrations and doodles that will only make you question Trump’s intellect. 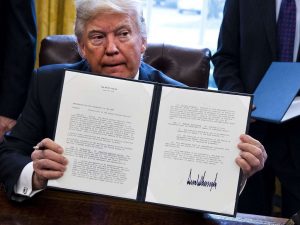 Here are some of the best memes: 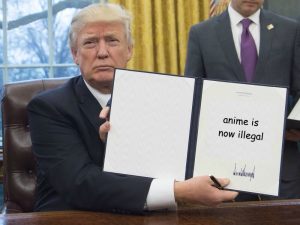 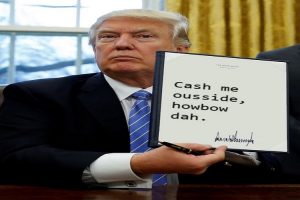 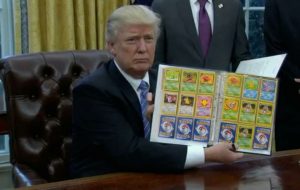 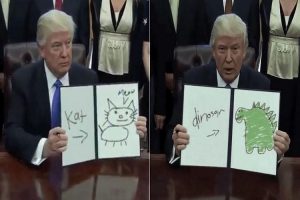 There is a Twitter account called @TrumpDraws solely dedicated to these executive order memes.
Check out their hilarious Trump GIFS:

It looks like America has a new catchphrase now: Got memes?