Remember the whole blue and black/white and gold dress fiasco? Damn, 2015 was one hard year. The dress had left the internet divided over the colour of the dress which could just as easily have been blue and black as it could white and gold. As 2016 is ending, internet users won’t have it. Apparently, Reddit has become a victim as a different (yet, very similar) war wages among Redditors.

A picture of a group of girls sitting on a couch has gone viral for what could be the most bizarre reason. The girl in the middle has no legs! I mean, I am guessing that she does but the internet is torn over which legs are hers. Okay, maybe that’s a bit hard to explain without the picture in your head. 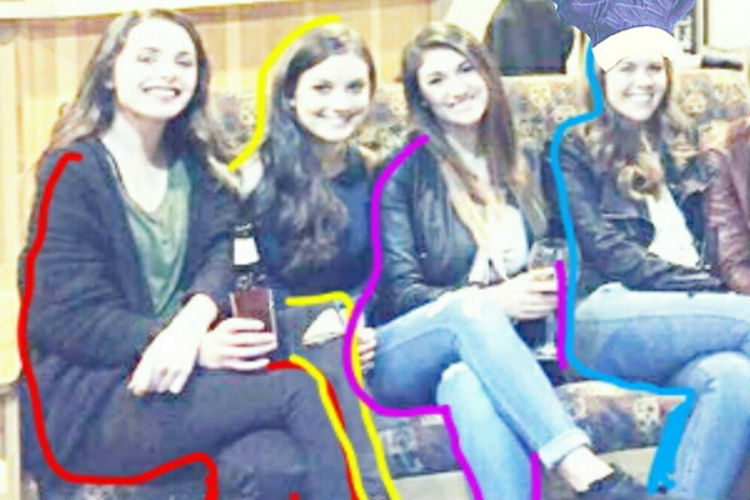 While some argue which set of legs belong to the girl in the middle, others seem to think she is some sort of new Greek mythical beast! A Seatyr, a couch-centaur, she is being called many names. Like, God, internet! Stop body shaming the poor woman.

There’s a whole other gang of Redditors who share an entirely different belief. “She’s womanspreading,” one user says. As to what womanspreading is? It’s literally a woman spreading her legs wide open. Seriously, it’s almost 2017, you should know that by now. 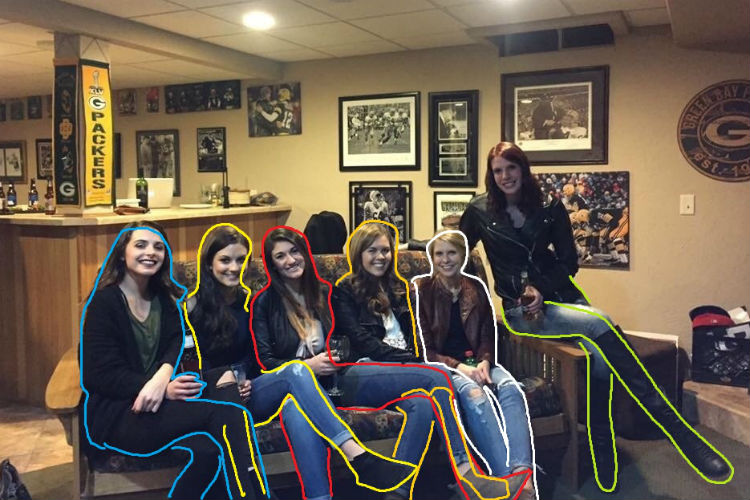 Anyway, I’m all up for the woman being a couch-centaur. I mean, can you imagine having a girlfriend as comfy as a couch? I would never leave her side!

Jokes aside, I personally feel that the girl sitting second from the left has her legs hidden behind the first woman’s legs. So, the legs that you think belong to the second chick are actually the middle girl’s legs. Dayum, girls sit weird. Why do they have to be so bendy-twisty when they sit?!