Sheril, the owner of Chikkoo Tours and Travels, which operates from Varkala, told The News Minute that their latest rollout was a special edition bus and is exclusively designed for college students to go on tours. Even the interior of the bus is quite blingy, with neon lighting, music system and a disco-light-chandelier meant to give the feel of being inside a nightclub.

“If one can put pictures of film stars, politicians and sports personalities on buses, why not carry images of these adult film actors, who are known to people as well.”

After the pictures of the bus went viral on social media, Sheril also said that its popularity just goes on to prove that adult stars are part of popular culture too. 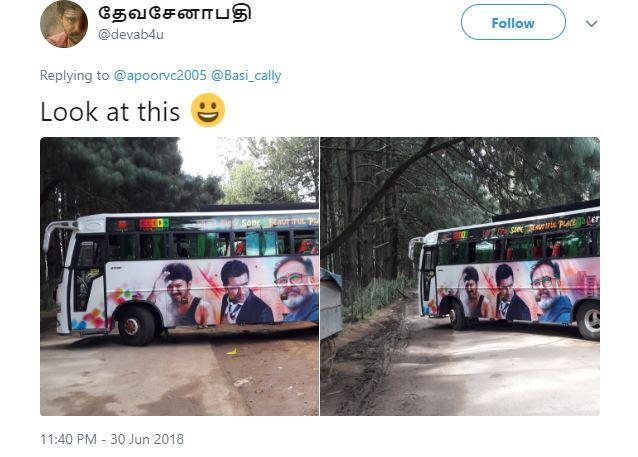 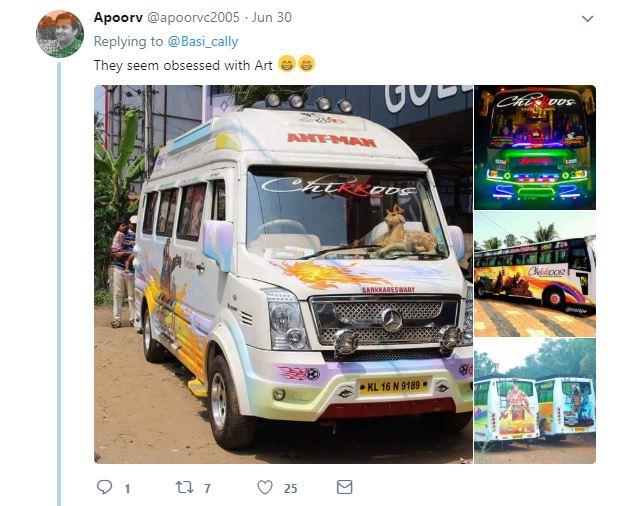 After spotting this piece of news doing rounds on the internet, adult entertainers – who found themselves on the bus – were quite impressed.

Here’s how they reacted: 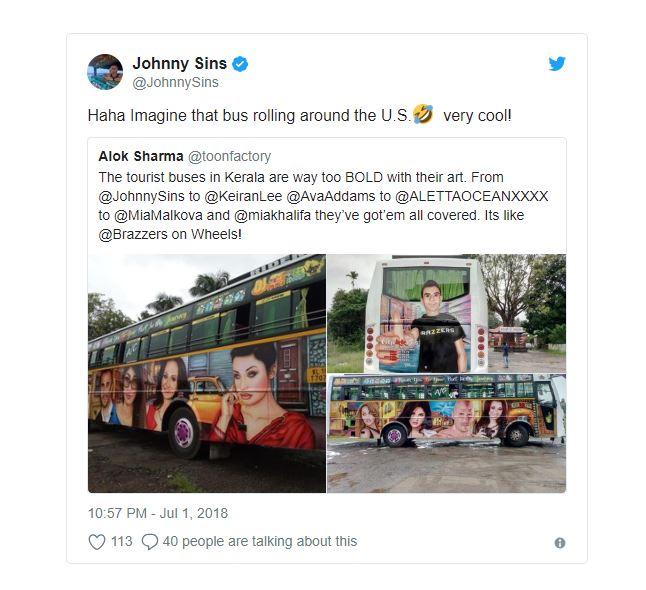 And here’s what the rest of Twitter had to say about the spectacle:

If johnny sins owned a school, this is would be it’s official bus. No hard feelings…

Kerala is a very COOL state out there in the southernmost part of India..may even go ahead of USA in terms of coolness @POTUS @realDonaldTrump

Bollywood, now you know how to up your game!

Have some kind of ‘protection’, maybe?

Somebody tell him about Venice Biennale

Everything aside, whoever painted it is a master!

@GeorgeKottakal You gotta give it to him buddy. I see a lot of cars that have done the same with the Rajinikanth fan club in Bangalore

Yess It is possible in India