Did you know? There is an airline with bikini-clad air hostesses. Yes. You read it right. Vietnamese carrier, VietJet’s air-hostesses wear bikinis on-board. Recently, the Chief Executive Officer and the founder of VietJet, Nyugen Thi Phuong Thao, was named Southeast Asia’s only woman billionaire by the Forbes Magazine. Also, she is one of the two billionaires of Vietnam.

The airline which was launched in 2011 drew attention owing to its controversial ads portraying bikini-clad flight attendants. Ms Thao has maintained that her bikini-clad stewardess are an image of women empowerment signifying that they were never a publicity stunt but in fact, the airline was fined in 2012 by the Vietnam Aviation officials for its in-flight bikini show. The airlines is popularly known as ‘Bikini airlines’ but Ms Thao doesn’t mind the tag and in fact, she is happy that the customers associate the airline with that image.
Last month, Vietjet’s profits surpassed the national carrier, Vietnam Airlines’ profits and much of it is attributed to its ever-increasing customer base, which is in turn due to its scantily-clad flight attendants. Ms Thao has maintained that the flight attendants have a choice of wearing either a bikini or the traditional dress Ao Dai, which is a tunic worn over pants. The flight attendants, now, wear bikinis only on inaugural flights to beach destinations.
In an interview with the Forbes magazine, Ms Thao said ‘VietJet aims to be an international airline, not just a local one’. Although Ms Thao doesn’t think that by having bikini-clad stewardesses on-board she is in, anyway, objectifying a woman’s body, but it is anything but sexist. The airline even prints its calendars featuring the flight attendants wearing two-piece suits. 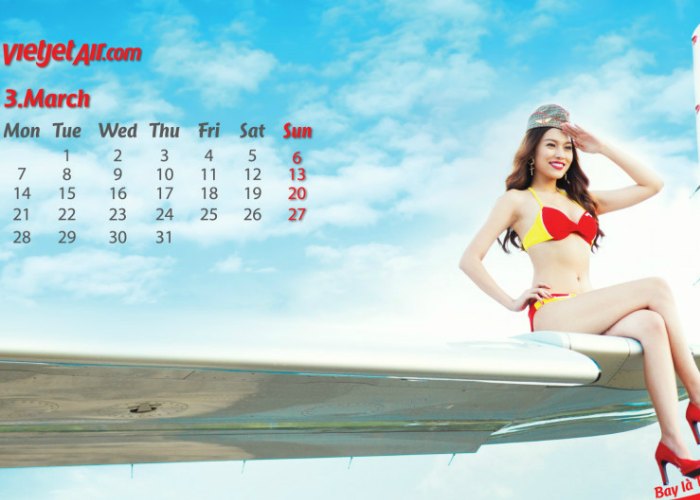 Do let us know in comments, what do you think?
Trending
photos