If 75% of a word is ‘art’, it can’t be all bad, can it? Yes, we’re talking about farts. The subject has forever been laughed at, joked about and never really taken seriously but we’re about to change that. All you know about farts is that they’re smelly, sound funny and come out of your butt. You also feel ‘farting’ in public is a crime. Guess what? There is SO much more to the entire farting process. No, it’s not icky or childish to discuss a natural phenomenon. We’re here to tell you a butt-load (pun obviously intended) of things you didn’t know about farting.

Here are 12 lesser known facts about farting that will crack you up: 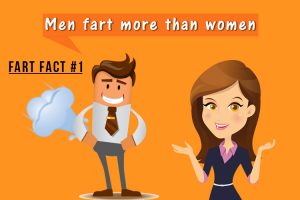 2) The actual meaning of the word fart is ‘forth’ as wind comes out and away from the anus. 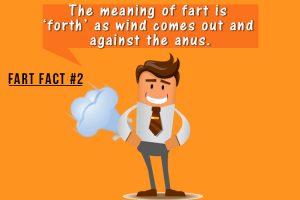 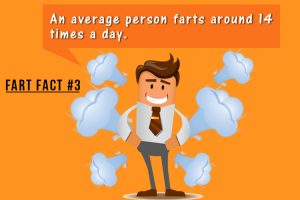 4) These 14 farts can be used to fill up an entire balloon. 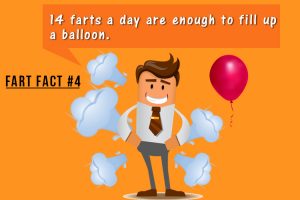 5) Fart shy? WHY?! Farts aren’t something to be embarrassed about as farting is a sign of good health. A healthy
digestive tract produces farts. However, if you’re not farting at all go to the doctor immediately. 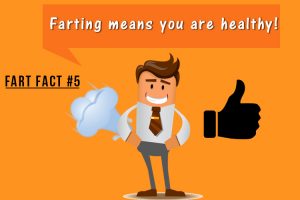 6) Farts are made up of hydrogen sulfide- a gas that reduces mitochondrial damage. Thus, smelling farts is healthy. Next time someone farts, take a deep breath and thank them for helping out your mitochondria. 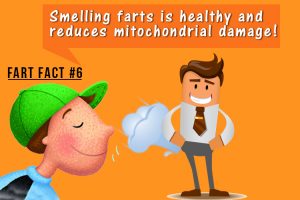 7) Female farts can be a little stinkier as females have higher concentration of hydrogen sulfide. Which also
indicates that female farts are healthier to smell. Next time your girlfriend farts, don’t laugh – just thank
her! 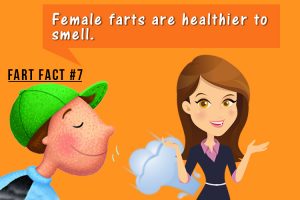 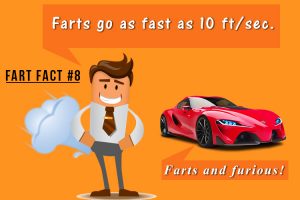 9) If you have very tight sphincter(aka butthole) you will produce loud farts as they have a smaller area to
squeeze out from. 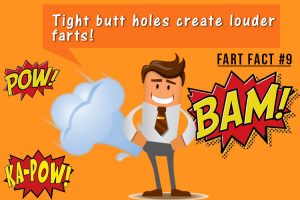 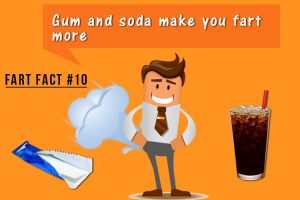 11)Most of the farting action takes place when we sleep. 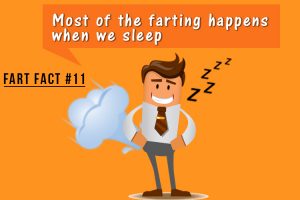 12) Bizarre fact: Termites produce the most fart! As far as dogs are concerned, labs and retrievers are the gassiest. But HEY, they’re also the cutest, right? 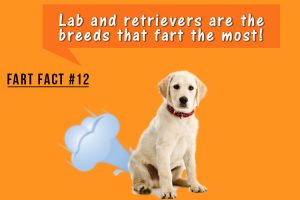 Pass on the fart facts to everybody. Happy farting people!