As far as puzzles go, we are all fond of putting our heads to it. As a child all the nerds would have their heads bent over one complicated puzzle or the other, trying to gauge the absolute solution for the puzzle. Whether it is piecing the puzzles together or figuring out the rubric’s cube, humanity has always been fascinated with mysteries. And for all of you who hated Mathematics and detested the complex problems that were thrown your way in your Maths lectures, well, you might try to duck and avoid this major problem that has had many people rolling their eyes. The brainteaser which has the majority of the internet scratching their heads. And if you were not a geek who had the hots for puzzles and wore thick glasses, too bad, because this one will have you hooked from the word go. The image was posted by Kumar Ankit Quora and has been shared thousands of times on Facebook. No one seems to be able to figure out this complicated conundrum of the mysterious triangle. Everyone on Quora could not for the life of them fathom this mathematical puzzle. If not the answer, people kept staring at the layers and layers of triangles hoping and wondering what could the solution be. 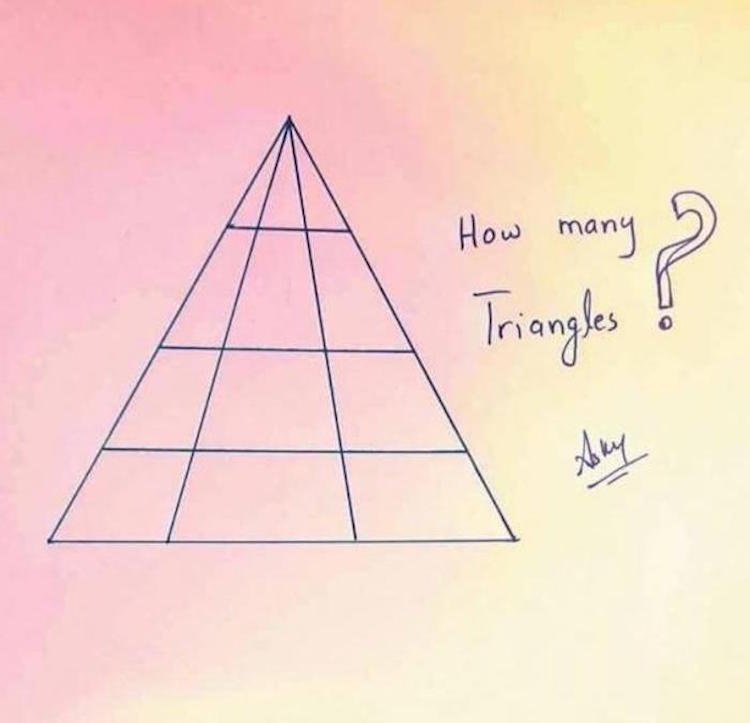 But the reaal question is if you can really figure out the correct answer.

Many people left their comments to the post but no one came close to the right answer.

Then people began to give their own theorems and explanations, making the equation even more complicated. 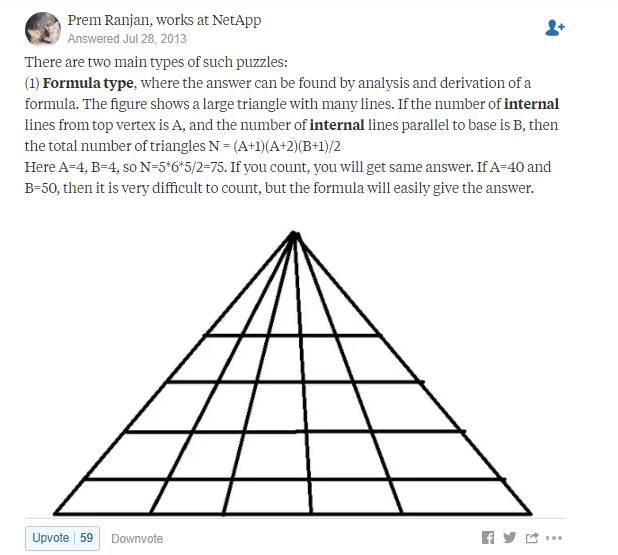 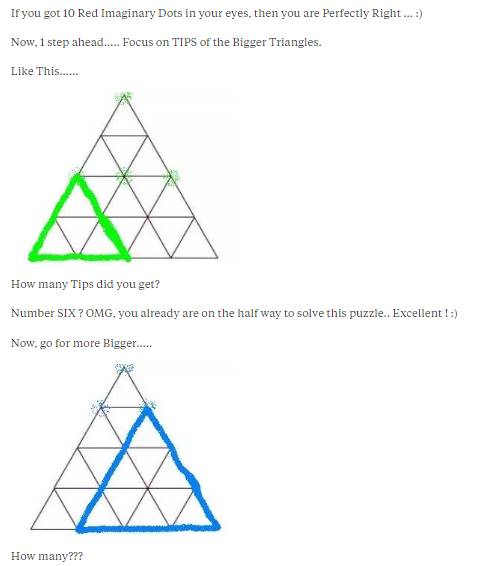 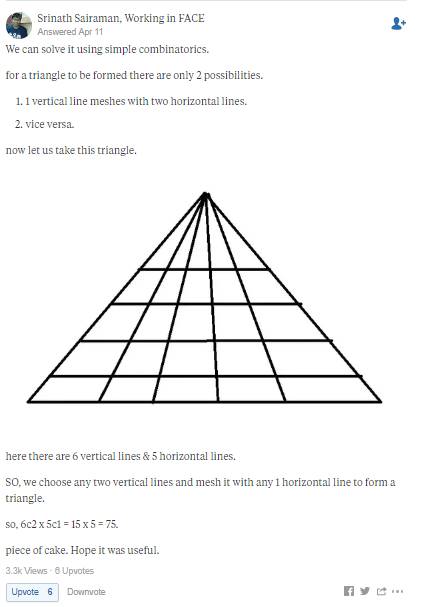 One Quora user, Martin Silvertant, came quite close to answering the complex triangle. Martin believes that he is quite the expert in Mathematics. 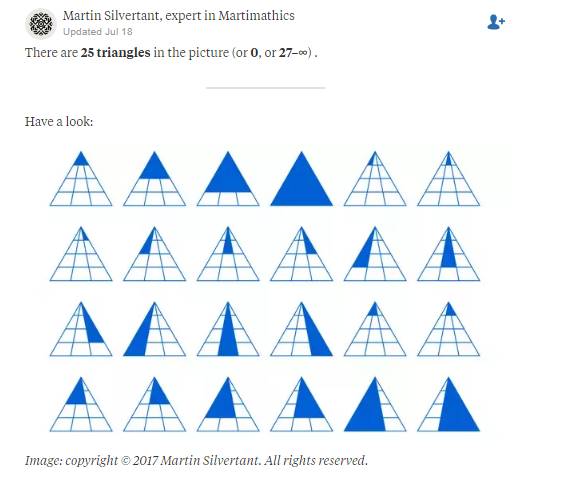 And in case you are having a massive coronary wondering about the right answer to the puzzle. Here is the solution. 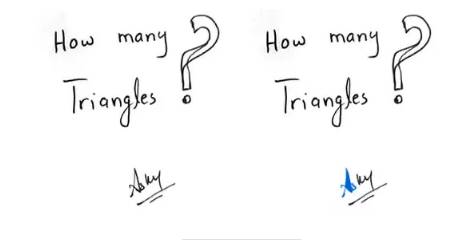 The solution is actually 25 – there are 24 smaller triangles within the main triangle, as well as one in the signature. Look closer and count, the solution is in fact, 25 if you count the triangles row-wise. There are six triangles in the top row – three individuals triangles, two pairs, and one comprising of all three. Then there are six in the second row, six in the third and six in the fourth row using the same approach. There is also a triangle in the signature written underneath the question – in the “A”.