In an age where news is picked up from social media by established media houses without verification or checking the authenticity of the source, there is a high probability of fake news being circulated. Yesterday, the news of a Mumbai lad decorating his car with 2000 rupee notes for his loved one started doing rounds on social media.

Major online news outlets covered the news. The Mumbai lad who decorated his car for his lover was arrested as per the news and the police didn’t reveal his identity.

Hoax Slayer, a Facebook page known for busting social media hoaxes revealed that the news was fake!. The car was decorated by Zoom Car India which is a Delhi based car rental service as a part of their promotional campaign. 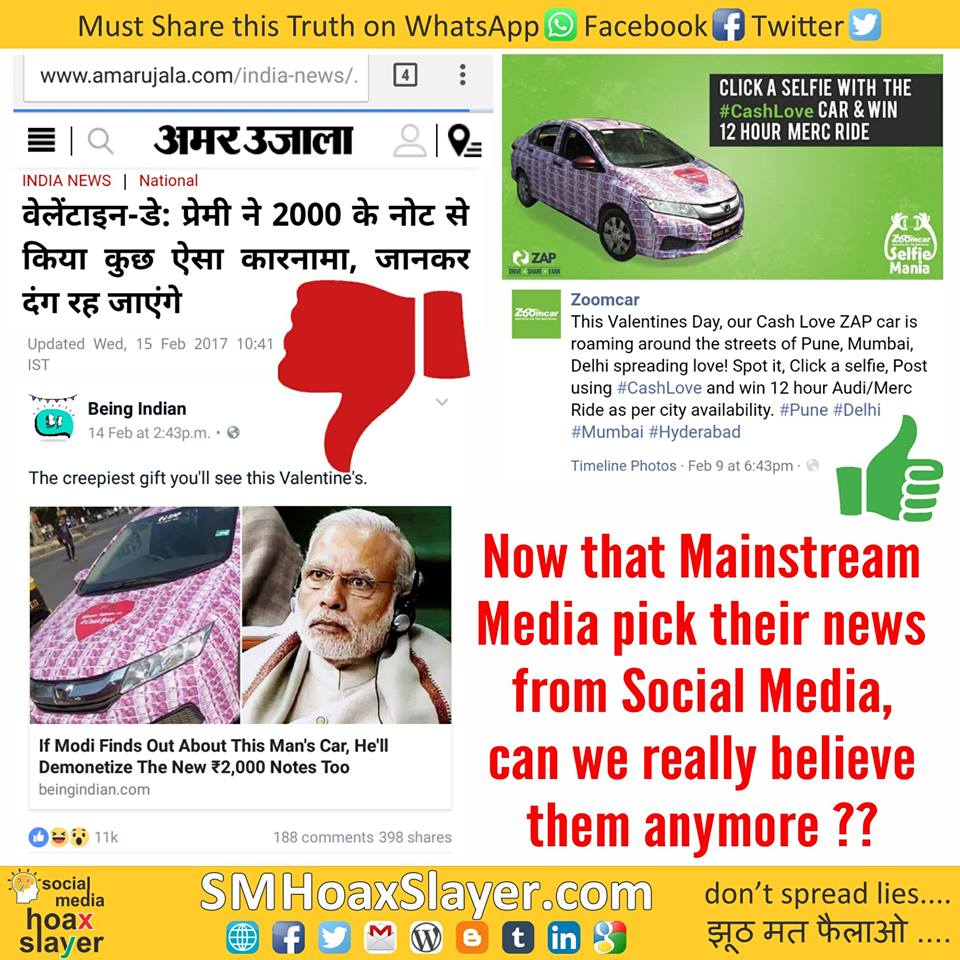 Amar Ujala, a Hindi news portal was first to break the news of the youth getting arrested for decorating his car.

Zoom Car India confirmed the news and gave a tongue in cheek reply to all the media houses who circulated fake news without fact checking.

It’s time media houses stopped picking up news from social media without fact checking and verifying the authenticity of the source. Especially during times like these, media houses should follow the ethics of journalism and refrain from indulging in false reportage.