While Trump is pretty adamant about making sure it’s ‘America first’ everywhere, the Dutch are trying to find a middle ground and humbly requesting him to keep ‘The Netherlands second’ in this hilarious video.

They begin the video saying “The whole world was watching for the inauguration of the 45th president of the United States: Donald J. Trump. Because we realize it’s better for us to get along, we decided to introduce our tiny country to him. In a way that will probably appeal to him the most.”

The Netherlands then start speaking Trump’s language. They take jabs at the Mexicans, Spanish, Danish, Germans and themselves. We’re can already see Trump smirking after watching the clip that pokes fun at EVERYBODY.

To lure Trump in, they also mention they’ve got the best tax evasion system ever created and his sons can expand his business, err..we mean their business in The Netherlands. 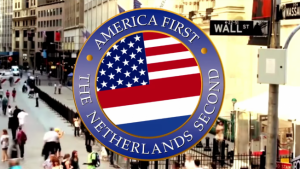 What you are about to witness is probably the finest presidential welcoming of all time. No other country has been able to pull off something as crazy as this! Watch the hilarious video here:

We didn’t know the Dutch were this fluent at sarcasm.
Can you imagine if India did something like this? Our first guess is that it’d be pretty savage. Your thoughts?