The Eiffel Tower, the eternal symbol of love, will soon be protected by bulletproof glass walls measuring 8 ft (2.4 m). These glass walls will protect the base of the tower as well as two adjacent ponds. Tourists can only access the areas after clearing security checkpoints, which are quickly becoming a permanent fixture in cultural attractions around the world.

On the western and eastern sides, “inelegant temporary” barriers that were thrown up around the 324-metre (1,063-foot) tower during the Euro 2016 football tournament in France last year will be replaced by ornate fencing.

The walls would cost some 20 million euros ($21.4 million) will be erected this autumn at the northern and southern ends of the monument area, city hall said in a statement.

“The terror threat remains high in Paris, and the most vulnerable sites, starting with the Eiffel Tower, must be the object of special security measures,” deputy mayor Jean-Francois Martins told a press conference. 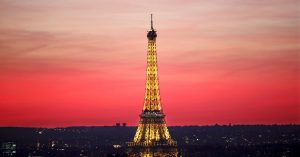 The glass walls will prevent individuals or vehicles from storming the site visited by six million people each year. This could upset the tourists who simply want to have their pictures snapped under the tower, but security comes first. Martins said that visitors will continue to have access to the foot of the tower — after undergoing security checks – free of charge. 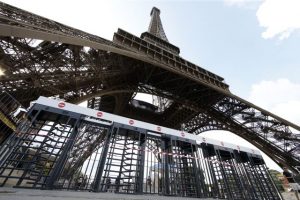 France’s capital has been on high alert since jihadists killed 130 people in attacks across the city in November 2015, including at the Bataclan music hall. Security has been boosted around French tourist sites, transport hubs and places . The glass wall will mean that everyone will have to pass through security checks, even if they weren’t planning to climb the tower at all. 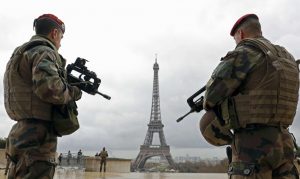 What are your thoughts on this move?