Teenage is peculiar.
You go through so many stages. You rebel. You wear bizarre outfits. You listen to weird music to fit in. You eat out of toilets.
What? Have you never eaten out of a toilet?

18-year-old Taylor O’Dore and 19-year-old Hannah Hepler are two friends from Lynnwood, Washington. While attending Hepler’s sister’s 21st birthday party, they got drunk and obviously decided to tweet a picture of themselves eating noodles out of a toilet bowl.

How did they get to this place anyway?
O’Dore said that since everyone kept forgetting their cups of noddles around the hotel room, she and Hepler decided to pour the forgotten noodles into the toilet to save time cleaning in the morning.
Obviously, when you’re drunk, throwing anything into the toilet bowls sounds like a comedic breakthrough.
And pretend-eating the noodles would be the obvious next step.

Check out the tweet that is freaking out the internet:

When it’s your turn to do the dishes and all the bowls in the house are dirty except this one pic.twitter.com/Vr0RWC8Ia6

Along-with the 5,000 retweets, they got a lot of hate mail too. But in the end O’Dore says that she and Hepler had a lot of fun reading the funny responses and had no regrets about posting the picture on Twitter. (YOLO, right?)

On the event of this tweet going viral, let’s see some of the weirdest things that have gone viral in the past:

The Dress. Remember The Dress? The question of whether it was blue and black or white and gold ended hundreds of friendships, love stories and professional relationships around the globe.

Though her bewafai was never proved, we’re pretty sure this was the weirdest thing to go viral. 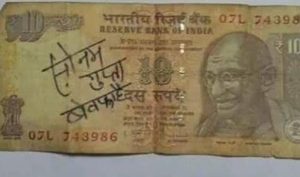 All things aside, if you don’t eat out of the toilet bowl with your friend, you’re just a party pooper.
Yes, we hate shitty puns too.