Step back NaMo, Mankind’s Angel is here to steal your thunder!

Just when you thought 2016 couldn’t get worse, Taher Shah has announced that he is going to release a new music video “Humanity Love” on 31st December 2016. Taher Shah went missing for a few days this month and even his management couldn’t contact him. But it seems like Taher Shah is doing fine as he is all set to unleash the 5 minutes of fury while most of us still struggle to clear his old track “Angel” out of our heads.

His release will coincide with Narendra Modi’s address to nation on New Year’s Eve where he is likely to talk about demonetization and his course of action- now that the 50 day period is over.

It is going to be one trauma inducing New Year’s Eve because we’ll get to hear a speech beginning with “Mitron” and a song from the man who . . . well . . . creeps out kids:

Taher Shah’s fans (?) who breathed a sigh of relief when he went missing are now worried about the bomb called Humanity Love that he’s about to drop on the New Year’s Eve. If anything, the name of Taher Shah’s song Humanity Love is ironic given that his music forces people to commit suicide.

We don’t know what to expect from a man who wore multi-colored gowns with wings as he pranced across lush green gardens flaunting his chest hair for his last music video. So much for shock value!

What could Taher Shah possibly do that would shock us? Rope in Narendra Modi for cameo appearance? Wear a gown made up of old 500 and 1000 rupee notes? Or perhaps flaunt his long hair that will put the women in shampoo commercials to shame: 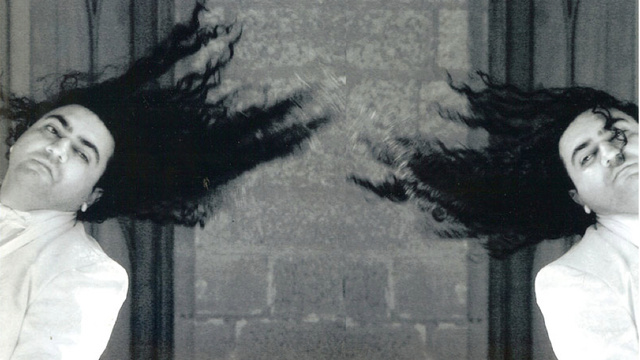 We just hope that he doesn’t make his son star in the video again! The poor lad has had his share of emotional and mental scarring in the last music video.

I don’t know about you, but I feel this qualifies as child abuse (okay this is an exaggeration . . . but . . . still). It will be interesting to see if Taher Shah will be able to steal NaMo’s thunder and which of the two will add more misery to our New Year celebrations.

We wish you strength and love through the impending tough time.