Taapsee Pannu doesn’t need to say it, but she’s carried the label of the Bollywood outsider in style. In the latest video of EIC vs Bollywood Outsider featuring Taapsee, she wasn’t the glamorous star promoting an upcoming film we are used to watching. Instead, she remained the middle-class pre-fame version of herself as she debunked all theories attached to the life of celebrities. Angad Singh Ranyal, Azeem Banatwalla, Sapan Verma of the East India Comedy (EIC) try their best to swoop in with their witty inputs, but Taapsee surely takes away all the spotlight with her remarkable humour and middle-y-class nonchalance.

Taapsee admits that the popularity or critical acclaim of her performances have not changed her. She is still the same uncomplicated middle-class single-girl from Delhi who needs to absolutely respect her maid if she wants a clean house. She deals with her maid on her own and buys bhajiya from Nature’s Basket which is never a heckle-free task. She doesn’t carry a pre-planned airport-look, which sounds nothing like what you’d expect from an enterprising Bollywood star. 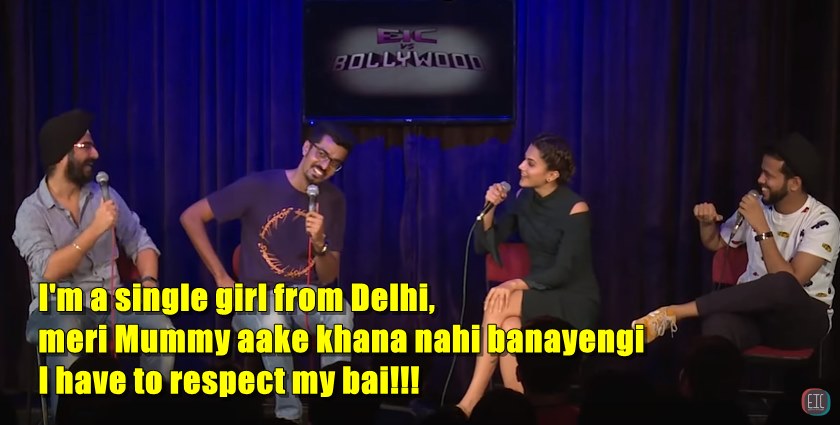 2) On being a true blue middle class girl

3) On being ‘atechee’ (suitcase) friendly 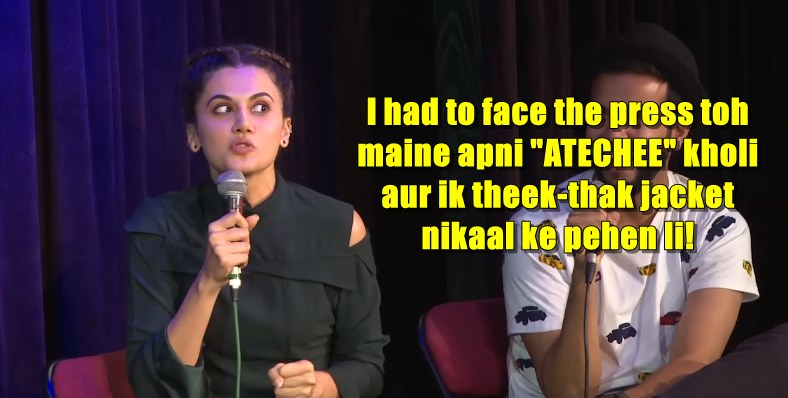 4) And on owning who she is with panache 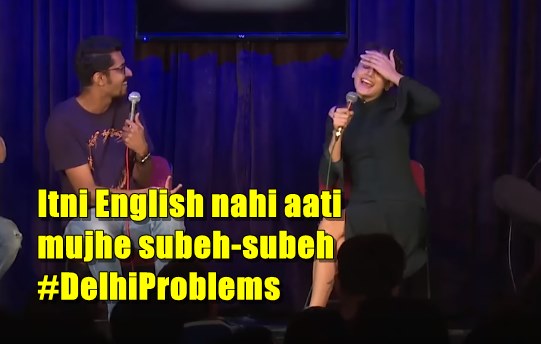 Taapsee Pannu is middle-class in her habits and not afraid to own it. Deal with it.

When asked about sexism in the industry she gave a very palatable logic:

Don’t go and blame girls for not having good roles if you are not ready to go and watch films where girls have good roles.

Makes perfect sense, doesn’t it? For films with men as protagonists to have a 15 crore opening at the Box Office, it is the “aam janta” which goes and watches these films and buys their ticket as opposed to a film with a female protagonist, which can barely gather a crore or two in the entire opening weekend.

From being stereotyped as a glamorous girl in the cinema in the South to her variable graph of roles in Bollywood, Taapsee has seen it all, but what fails to make her react any differently to the stardom that is being associated with her and don’t we need that in all the B-town celebrities?

Update: In a previous version we carried Taapsee’s comments about her airport look. We have taken it down due to its derogatory implication. In a video posted by Taapsee on her Facebook page, she has apologised for some of the comments made in the video.