Standup comedian Vipul Goyal latest sketch is described as “a light-hearted take on the journey of indirect tax from 12.36% Service Tax to 18% GST in the last three years”. Vipul who hails from Falna village in Rajasthan, studied at a convent in Mt Abu, made it to IIT Bombay, was laid off from his first job after only six months, began experimenting with theatre and then he gradually made it to the forefront of the booming stand-up comedy scene in India. The lead in The Viral Fever’s original web series, Humorously Yours, the 33-year old comedian has come a long way and so has his humour.

In this video, Vipul Goyal takes a hilarious dig at the Prime Minister Narendra Modi’s penchant for surprising and innovative schemes. Vipul talks about his personal experience with the various schemes the BJP-led government has implemented in recent times and the result is a whole lot of hilarity.

Here are some excerpts: 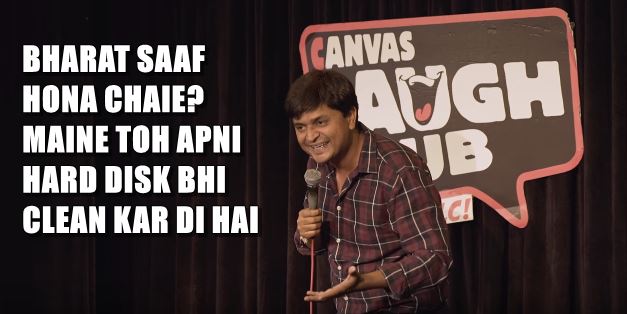 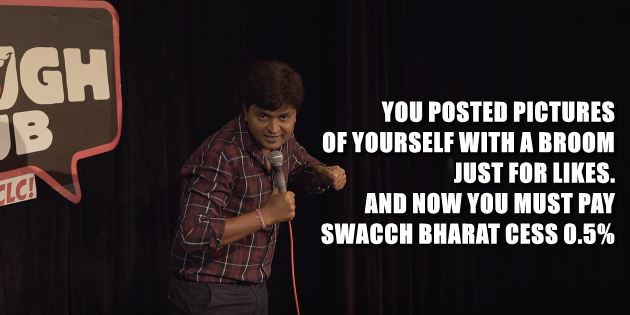 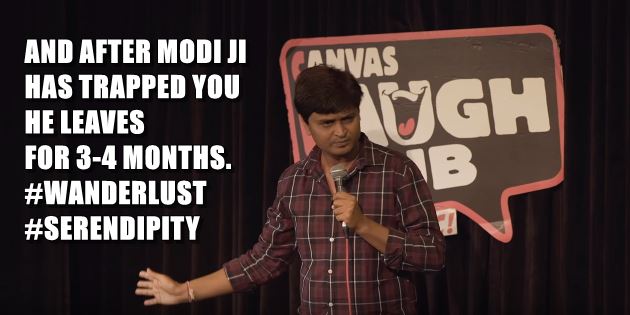 Vipul Goyal has given us a masterpiece of comedy with his laid-back style and subtle punches which he springs on his audience in a series of well-observed instances from his daily life.