Social experiments are hitting a new low with each passing day. This girl went on the streets and asked random people to tear the National Flag in exchange of 1000 rupees. The social experiment was apparently conducted to show the ‘intense patriotic feelings’ that Indians have towards the flag and they wouldn’t ‘tear’ it regardless of the amount that they’re paid. 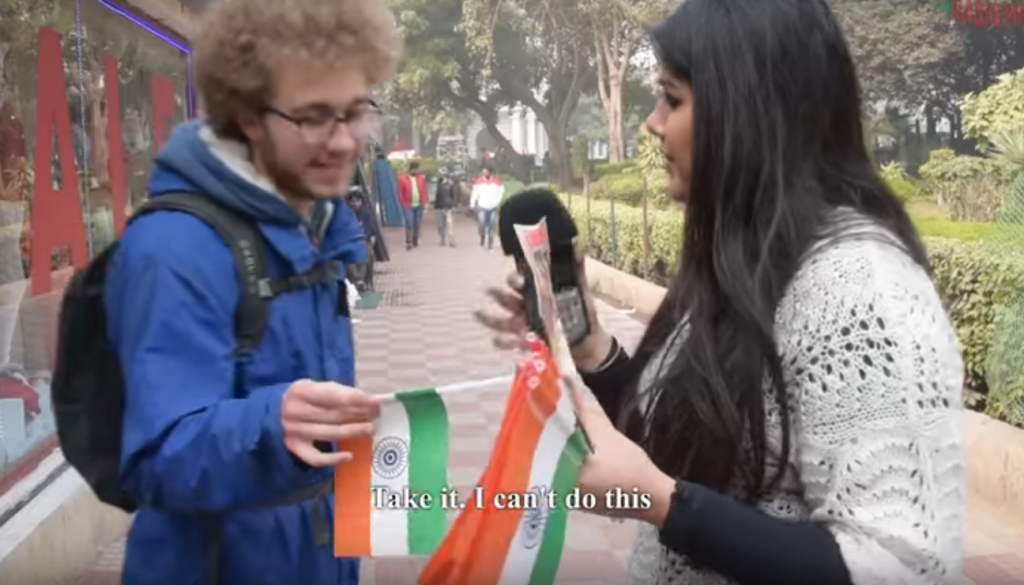 Not only is Radio Mirchi resorting to cheap gimmicks to get some clicks on the video but also promoting a reductionist view of nationalism. Firstly, asking people to tear national flags and judging if someone is a nationalist on the basis of their choice is like going up to a hungry man and asking him to eat a burger and judging if he has an eating disorder on the basis of his choice.

For one, someone who is in genuine need of the money might tear the flag – like the man who earned 100-150 rupees per day who was asked to tear the flag by the young woman in the video.

The man chose not to tear the flag but what if he did? Can one blame a man for choosing two square meals a day in exchange of tearing the national flag? Whatever happened to the notion of humanity above all? Why is it that the social experiment is putting people in a sticky situation where they have to make the difficult choice between having two square meals and showing respect to the national flag? 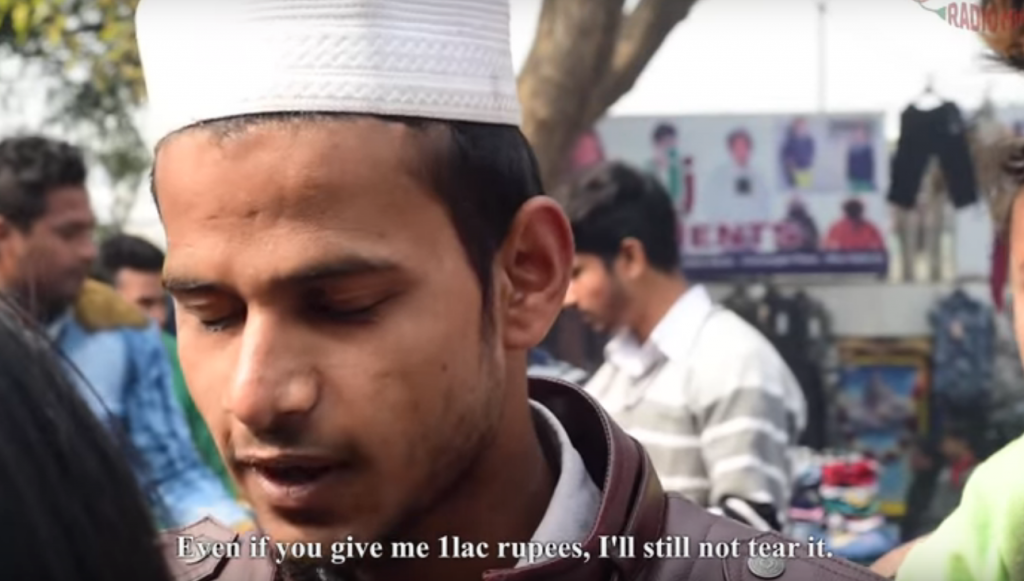 Secondly, the fact that the woman is asking people to tear the national flag is in itself disrespectful because it reduces the status of the flag to that of a cheap gimmick that can be used in a video to get views. Moreover, there was a huge possibility that someone actually tore the flag, which would have been wrong not only on the part of the one who tore it, but also the ones who conducted the experiment.

Lastly, why is it that the experiment is judging the nationalism of the people by asking them to tear the flag? Does it mean that a poor man who decides to tear the flag so that he can have two square meals a day is not a nationalist while a rich man who refuses to tear it, is? 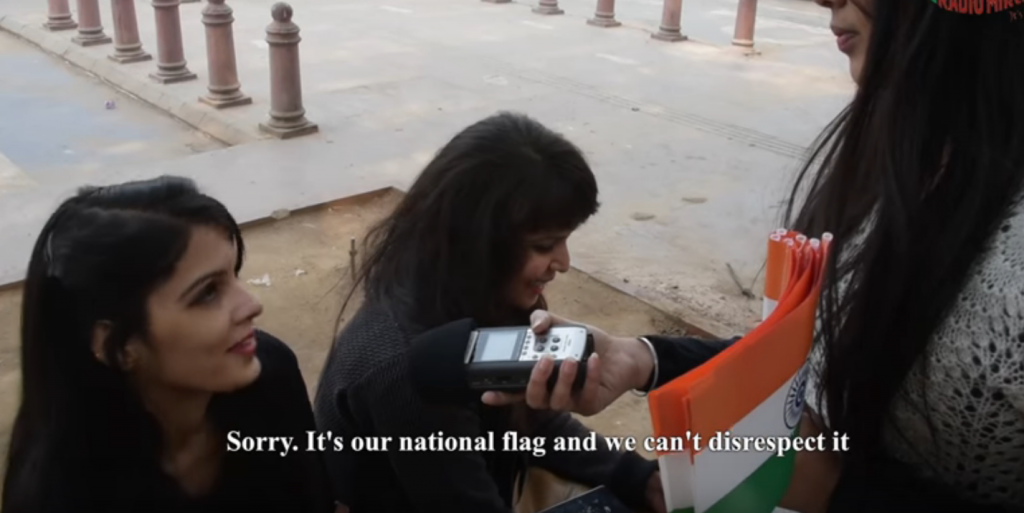 Who is a nationalist and who isn’t, who are we to judge? Why is it that one is asked to prove one’s nationalism time and again? Why is it that the social experiment is putting poor people in a difficult spot and asking them to choose between their livelihood and patriotism?

Here’s the video of the experiment: