When Donald Trump’s victory disturbed 18-year-old Aria Watson, she knew she had to speak out and do something. So, she did what she is best at — photography. Watson, a freshman at Clatsop Community College in Oregon, created a gripping photo series called #SignedByTrump for her final photography project. Aria and her professor were sure that her project won’t be relevant as they were sure about Hillary’s win. However, fast forward a few weeks and Donald Trump won and Aria’s professor gave her a go for the project!

Aria, who was two weeks younger to vote in the recent US elections, said that though she never understood politics, she wanted to understand things this time.

“I’ve never really understood or cared about politics. I kind of still don’t understand it. However, this year, I was really interested in what was going on,” said Aria in her recent vlog and added that though she’s still trying out figure out herself, by far she knows that she’s a feminist. And thus, created images with Trump’s comments written on women’s naked bodies to illustrate how badly women all across the globe were affected by his words. 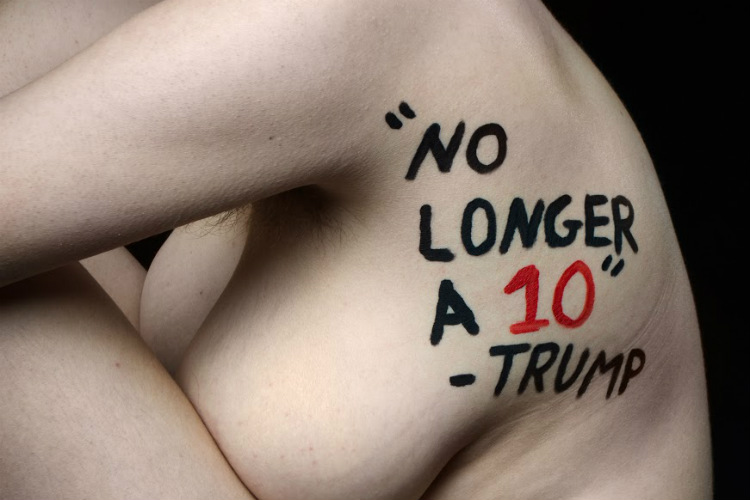 “When I saw that Trump won, my heart shattered. My heart broke for literally everyone. For all the women, for the LGBTQ community, and for every race that’s not white,” she said. 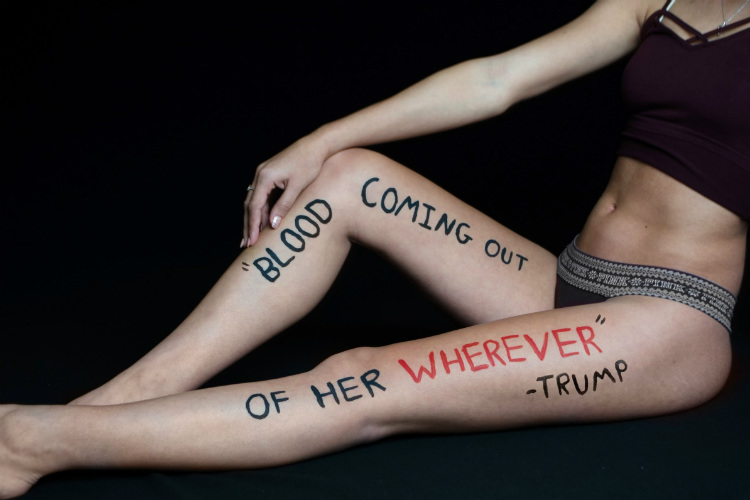 Though Aria doesn’t know if these photos are going to change anyone’s opinion about Trump, she just hopes that some people realise what kind of man he is. Also, through her images, she wants to tell people who are scared after the results that they are not alone.

“After he won, I knew that these photos were going to mean something to at least 1% of us. So far, the feedback on my photos has made me realise that I’m not alone. I know that there are thousands and billions of people who feel exactly like I do. Although it’s not a good feeling and I wish that none of us had to feel this, I’m glad that we are not alone.” 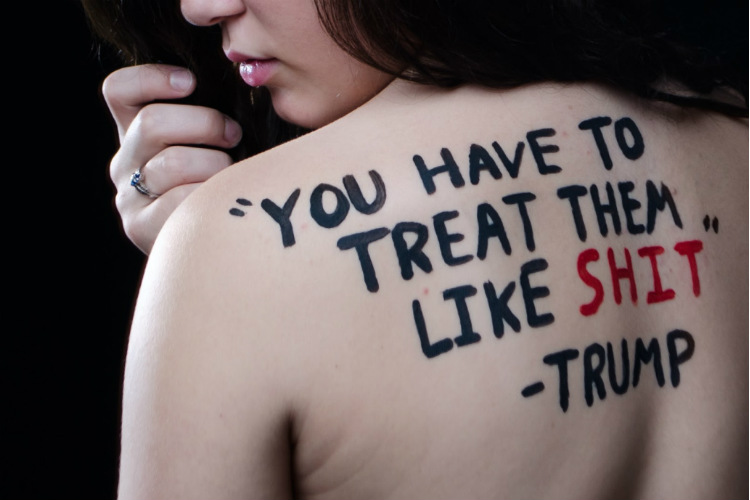 She was called a cunt by one of her closest friends, and her family thought that she needed Jesus as she was being disrespectful. However, Aria knows the only way to stand up to everyone including the recent US-President elect is by continuing to speak up.

“We can’t be afraid to speak out for what we are passionate about,” she said. “I don’t know why Donald Trump is in office, or how this even happened, but he is. What we need now more than ever is to come together. We are stronger together.” 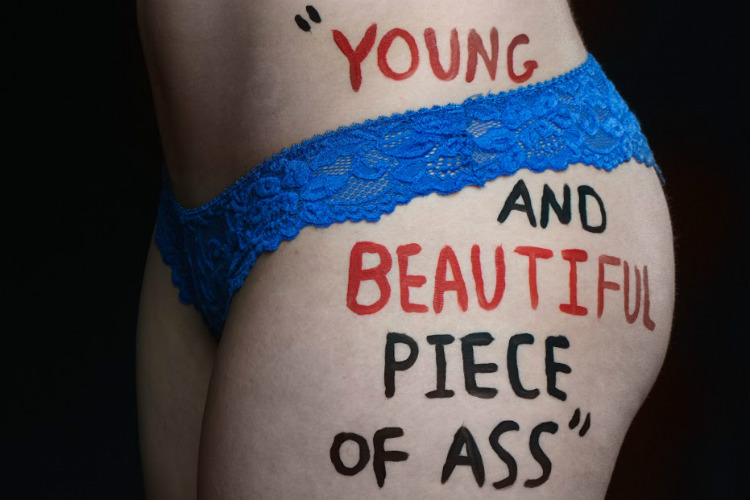