Innate racism and casual body shaming is something that has affected people across genders. The fact that the Internet has managed to turn everyone into opinion leaders and experts who believe their understanding of issues is the larger prerogative of the masses. What, according to you, should then be the punishment for racially-motivated, sexist, misogynist memes or memes that instigate hatred for a certain?

A nationwide debate has surged the country and even trickled down from college campuses (like Harvard) to high schools and manifested itself as a part of the pop culture we consume daily. It is trending and moments later it is viral. That is the power of an internet meme. To comprehend the logic and the veracity of an argument of the meme is like looking for the question in a popular prime time in a NewsHour debate. It doesn’t exist.

When women are considered mere trophies that are a man’s object of possession, to have and to hold. Look at this ridiculous comparison of how both Aishwarya Rai and Disha Patani were reduced to mere objects that separate the haves and the have-nots.

And while Abhishek Bachchan and Tiger Shroff have repeatedly been mocked for their career (or the lack of it as the memes declare), commenting on their spouses or girlfriends as their ‘achievement’ reiterates the trope that women are trophies.

These are people who are openly racist, who have given birth to the likes of god-awful comparatives drawn based on colour and other relative bull**** 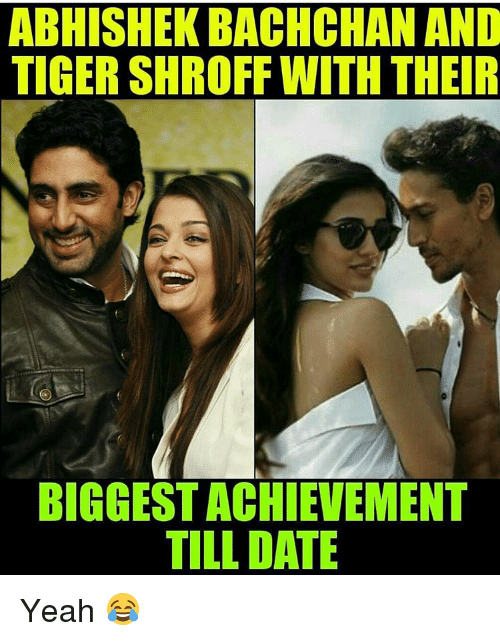 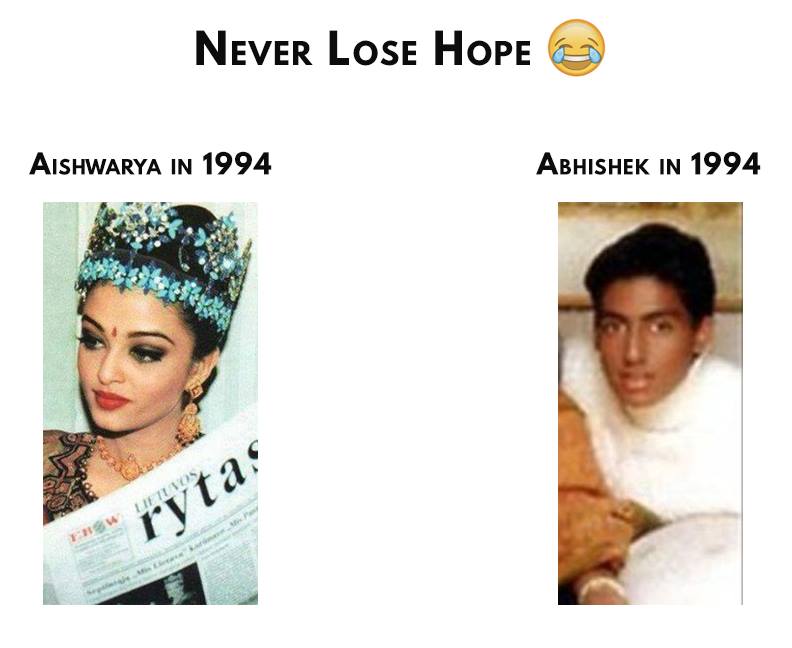 We must applaud Anushka Sharma for handling the ridiculous trolling that follows every time Virat Kohli underperforms on the cricket field. What has one got to do with the other? Can their relationship not be separated from their private lives? And what does this lewd meme intend to imply? 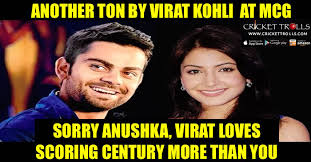 As a counter to the meme above, many tried the vice-versa approach by shifting the blame of Anushka Sharma’s box office failure on Virat. But why was this necessary in the first place? 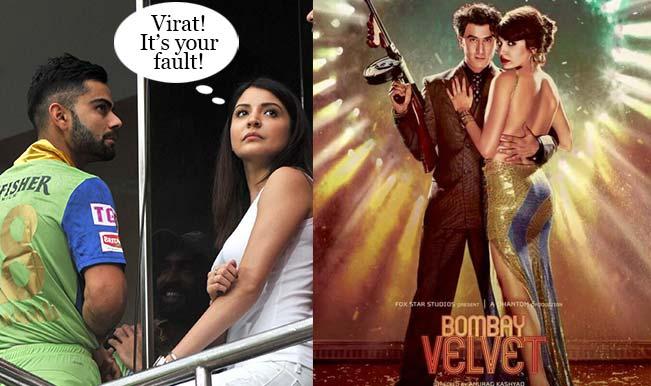 Internet trolls are not directing their hatred towards women alone, they have targetted Tiger Shroff’ too for ‘looking a certain way’. From calling him a male version of Kareena Kapoor to making memes of his absence of a proper beard – the problem here is that they associate some of his ‘traits’ as feminine, and that is apparently cause enough for abuse. 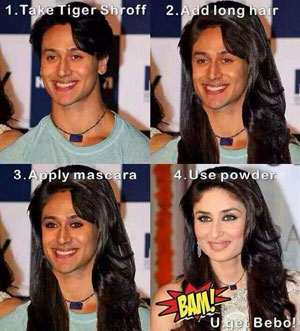 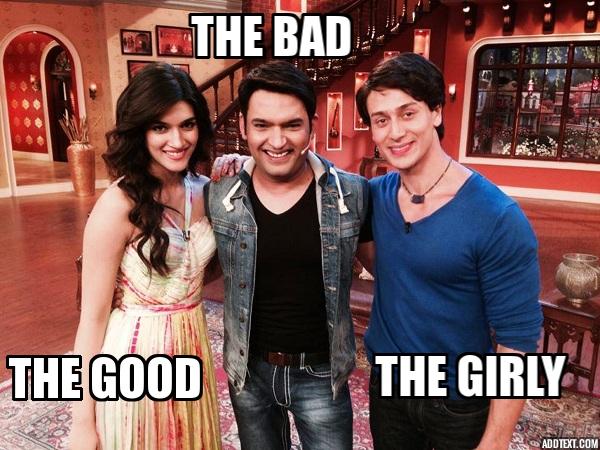 And of course, being dressed scantily earns you very explicit titles. The repeated exposure to character assassination comes in all shapes and sizes. Nargis Fakhri is one such actress who has been slut shamed for ‘exposing her body to compensate for her lack of talent’. Because why else would a woman dress the way she wants to?

If the recent tirade on Priyanka Chopra’s attire to meet the Prime Minister Narendra Modi or the schooling of Deepika Padukone after her Maxim shoot are any indication, we’re still in an era that feels totally okay with commenting on a woman’s body, her clothes and her personal choice as far as her life is concerned. 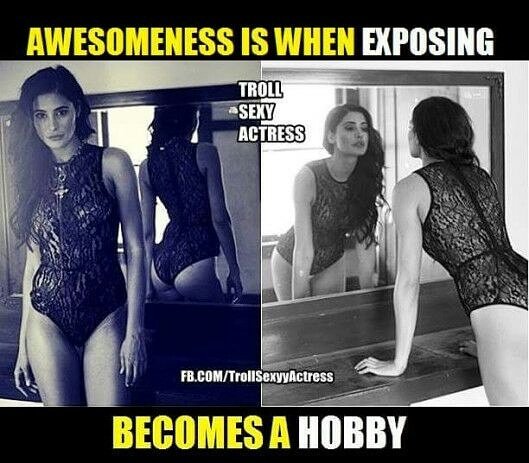 When women are slut-shamed for the number of boyfriends they have been with, but we never find a man being questioned for rapidly sifting through girlfriends, because hey, double standards. And the abject trend of tagging people in memes with an image where either a plus-sized person or a black man/woman is present with the caption “Tag a Rahul/etc who will marry him/her” quite shamelessly endorses racism. When this image of a coloured woman began being used as a meme, several Ankits, Rahuls and Rohits were tagged on some of the most utterly sexist and racist memes on Facebook. The Tag a Rahul, Ankit, etc. memes are racist and let get this thing straight, they are NOT funny. 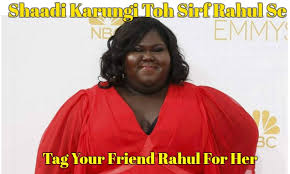 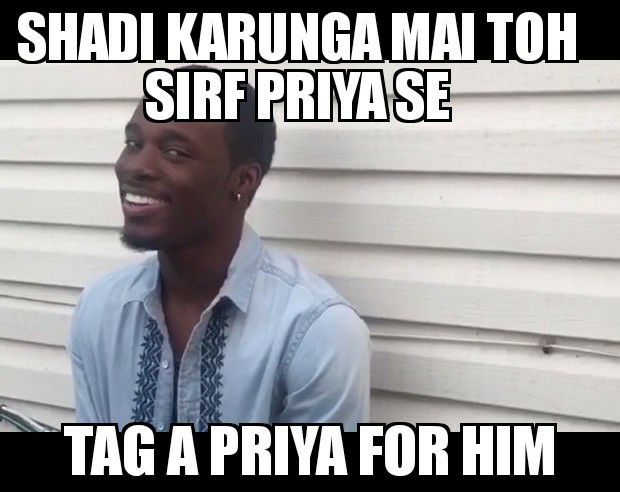 Gabourey Sidibe is an American actress who has been converted into our version of a meme, nobody knows that she really is an Oscar nominee or any other of her achievements. But we can’t stop and appreciate that because of the prevalent average mentality which expects a perfect looking bahu who above all else, needs to be ‘tall, fair and (conventionally) pretty’. Recently a picture of a white woman and an Indian man sitting alongside each other at a match of the ICC Champions Trophy 2017 went viral. The photo was of two people hanging out but it became a subject of ridicule because a dark-skinned boy could never ‘get’ a beautiful foreign girl:

Man of the match. #IndvSA pic.twitter.com/RWqzhqsmlm

Indian players played well in field and in audience seats too. _

The entire meme industry is constantly looking for fodder and more often than not is funny – but when sexism, racism or downright (jealous?) pettiness gets into the mix, then you’ve crossed a line you really, really should not even have touched, gone near or even glanced at.