Seeing the crazy fan following Varun and Alia have, it was not surprising that the poster was trending on all media platforms soon after its release on Monday but it looks like that the makers of the movie have copied it from a Telugu film named Garam, featuring kannada star Saikumar Pudipeddi’s son, Aadi, and Adah Sharma.

Even though the resemblance is uncanny, the south film producer say he’s flattered.

Garam’s producer Babji Bagavatula has stated, “The similarity is uncanny. But we believe the film industry is like one family. We don’t mind it; their poster looks lovely. Karan (Johar, producer of Badrinath Ki Dulhania) is also a filmmaker like us. We won’t want to jeopardise their film. We also copy stuff, because ours is an industry that runs on borrowed ideas.” He even added to his statement that Garam is a family drama that deals with a young, mischievous boy and he doesn’t think there is any similarity between the stories of the two films.

Moreover, this is not the first time that Bollywood movie makers have copied something. There are other films such as Rowdy rathore , Mausam, pk etc. which have copied posters from Hollywood flicks.

Check out the posters: 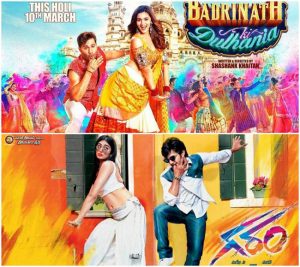 Check out some other posters that were ‘copied’: 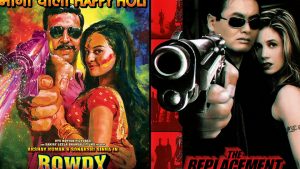 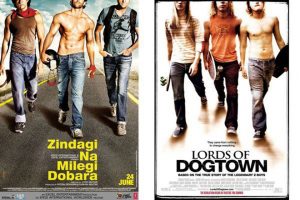 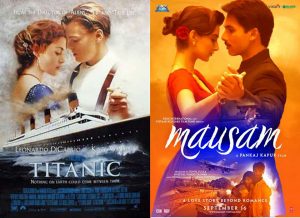 It looks like Bollywood has stopped coming up with creative ideas and has started believing in ‘spoon-feeding’.
We’re just hoping that the story-line won’t give us deja vu.