We’ve found our next viral sensation – pictures of a female Pakistani pilot in Pakistan International Airlines (PIA) are going viral on social media owing to her flamboyance and pretty looks.

After Arshad Khan, a Pakistani chaiwala who broke the internet with his striking blue eyes and ethereal looks, it’s a female pilot who is taking the internet by storm. Arshad witnessed his life change overnight after a picture of him at work swept the internet by its feet and now it looks like another pretty face will have the same fate.

Her name is Huma Liaqat and she’s pretty excited about her pictures being loved by thousands of people.
Huma Liaqat became a viral sensation on social media after her adorable pictures caught the internet’s fancy and were widely appreciated and shared by social media buffs.
Huma is the first officer for Airbus 320 at PIA.

It has been reported that her husband lives in the United States of America while she is Karachi-based.

Her affiliates and colleagues are excited about her new found fame and say that she is not just a pretty face, but is an epitome of ‘beauty with brains’.

Check out her pretty pictures that she posted from inside the aircraft: 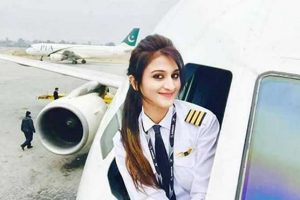 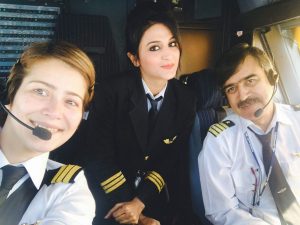 She also captured pictures from cockpit’s windows and uploaded them on social media which grabbed attention of several people who not only liked the photos but also admired her. 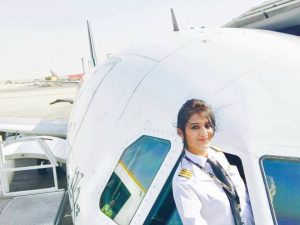 Fearing probable criticism, the Pakistan International Airlines (PIA) has clarified that the pictures going viral on the internet were captured when the plane was parked on safe ground and no rules and regulations were flouted.