Ladies and gentlemen, brace yourselves. It’s that time of the year again. It’s Coachella 2017.

Music festival season is here and kick-starting the fun is unarguably the biggest one- Coachella.

We all know what Coachella stands for. Flashy pants, underpants, no pants, ancient Indian headgear (totes not offensive by the way) and the worst one of them all – The flower crowns. Just people being, err, expressive in general. Yeah, expressive.

Not just aam aadmis, celebs have jumped onto the Coachella-hai-toh-kuch-bhi-chalta-hai bandwagon and the costumes they’ve showed up in to express themselves are nothing short of hilarious. Not all the celebs jumped on though. Beyonce did not show up at the event and Lady Gaga saved face by filling in the slot.

Let’s celebrate Coachella by looking back at some of the strangest looks from the ongoing music festival, shall we?

Okay for starters, Rihanna legit covered herself in crystals for Coachella 2017:

Katy decided to go as a Gummy bear for some reason: 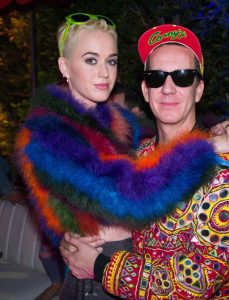 Kendall wore something, but it was barely there. 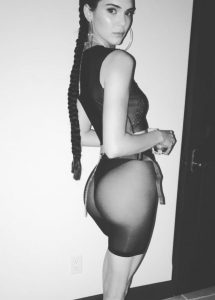 Clearly when it’s Coachella, clothes aren’t really a hot favorite with the crowd. 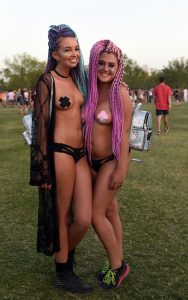 Gaga just gawked at this. 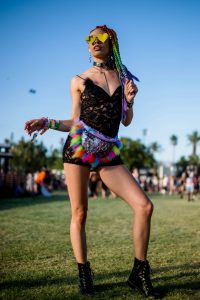 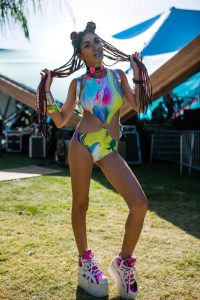 Umm, excuse me sir. You’ve got table cloth all over your body. 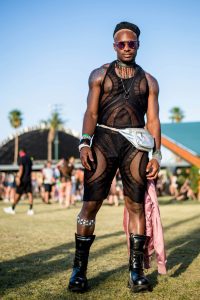 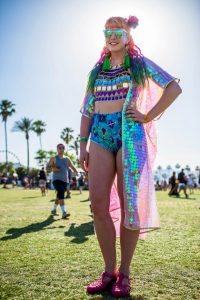 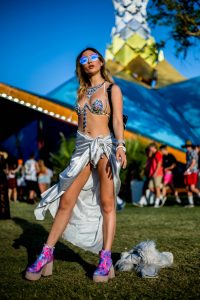 Glitter beards are 2016. Somebody needs to tell this guy. 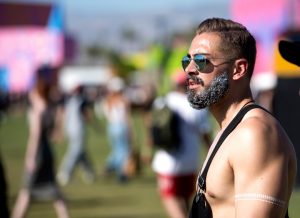 This is NOT what Hugh Hefner wanted. 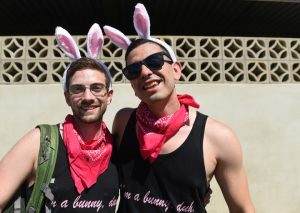 We’ve got nothing on this. Sorry. 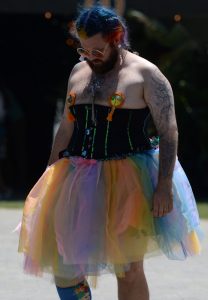 A flashback to the glorious costumes people have worn in the past:

Show up in a full blown Santa costume because why not? 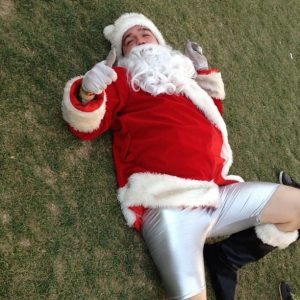 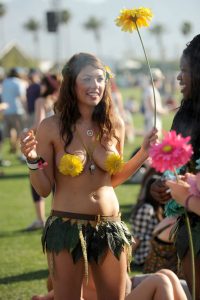 When it’s Coachella but you don’t wanna catch the flu. 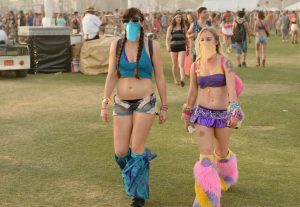 There’s a thin line between eccentric and offensive. This guy clearly doesn’t care! 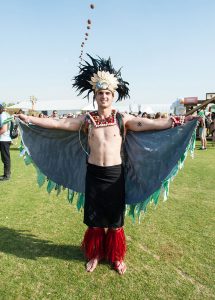 Imagine somebody doing that with the Indian flag. Imagine. We dare you. 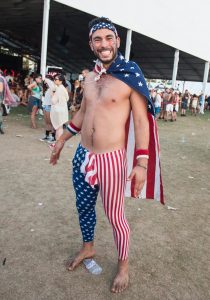 These two clearly prove shirts are NOT mandatory. 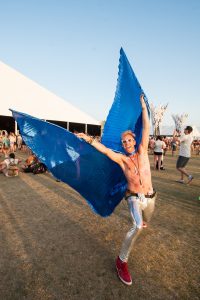 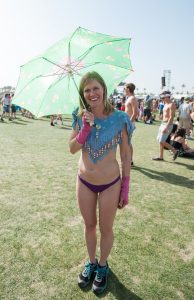