Earlier, Twitterati had to dig deep to find controversial gold and make memes out of it. But gone are the days of Twitter banter and swordplay, now Twitter gaffes are the new cool. Thanks to the insane number of gaffes these days (Remember With Snapchat-Snapdeal, Sagarika- Sagarika), trolls are in the mood for a grand gala. And this doesn’t end here. Just recently, Pakistani journalist caused Indian Twitter to LOL hard after he confused actor Riteish Deshmukh for journalist Arnab Goswami.

We are pretty sure that the nation already knows that Arnab will be back to small screen with his new venture The Republic. The much-anticipated venture is already making rounds for various reasons like his huge fan-base who consider Arnab as the unsung hero of Indian media, or celebrities like Twinkle Khanna who love taking a dig on him, or maybe it’s just the billboard advertisement of Arnab’s sharp right profile look and a flashy caption “Pakistan’s Migraine”. 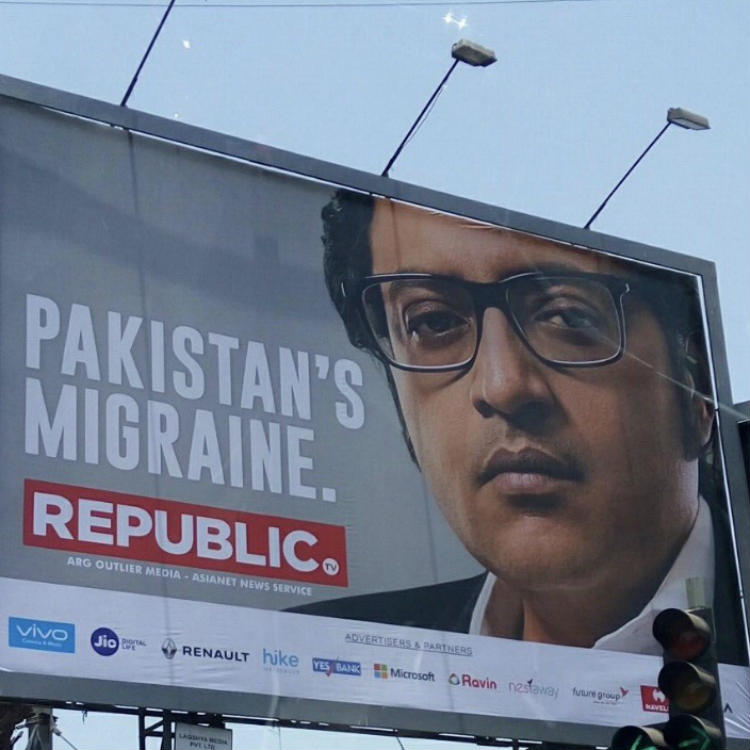 Let’s cut to the case. It started when Ahmer Naqvi, a journalist from Pakistan, tweeted the picture of advertisement campaign and captioned, “Why is Riteish Deshmukh our national migraine?”. And that was the beginning of tumultuous trolls which left people in splits.

Why is Ritesh Desmukh our national migraine? pic.twitter.com/XbNjcTuS9Y

The actor responded to the tweet in good humour and said, “Btw that’s my migraine look.”

The journalist was quick to recognise the mix-up and tweeted, “I genuinely thought it was Ritesh and realised its because i’ve never seen Arnab with his mouth shut so had no context.”

@TheRestlessQuil @BucketheadCase i genuinely thought it was Ritesh and realised its because i’ve never seen Arnab with his mouth shut so had no context.

And that was it. Twitterati broke with some amazing trolls and automatically signed up Riteish for Arnab’s biopic. Check them out:

@Riteishd @karachikhatmal Ritesh Deshmukh for biopic on Arnab. Let’s do this.

Let us know your favourite?