We all remember the heart-wrenching picture of a young, starving Nigerian kid who was ousted from his community. The 2-year-old kid had been left to die on the streets for around 8 months after his family abandoned him accusing him of being a ‘witch’.

When social activist and Danish aid worker Anja Loven found him, he was in a heartbreaking condition – malnourished and infested with worms- and had contracted several diseases from living on the street. She gave him water, took him to a hospital and took care of him like her own son.
As she nursed the little kid, who was on the verge of death, Anja named him ‘Hope’.

Loven posted a photo of herself giving water to little the little to raise awareness about the serious problem in the country, and to raise money for the boy’s ongoing medical needs. The photo went viral, and Hope’s story quickly spread throughout the world.

Here are the images: 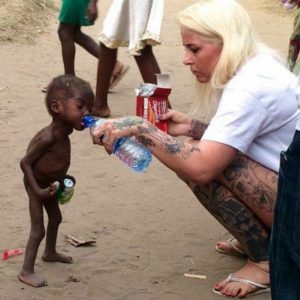 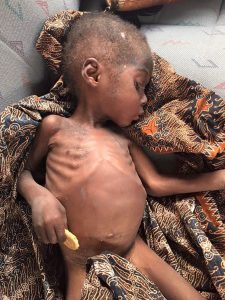 It has been one year since she rescued him and little Hope has just started school.

Writing on Facebook, Ms Loven said: “On the 30 January 2016, I went on a rescue mission with David Emmanuel Umem, Nsidibe Orok and our Nigerian team. A rescue mission that went viral, and today it’s exactly 1 year ago the world came to know a young little boy called Hope. This week Hope will start school.” 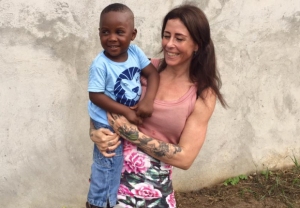 And Hope is turning out to be quite a handsome little fella!

Where there is love, there is Hope.