It seems like the former Indian opening batsman and all-time hard hitter Virender Sehwag has sworn not to spare any of the big names present on the social platform, twitter, through his witty, mighty and funny tweets. By the course of time, Viru has excelled the art of using those limited 140 characters to describe anybody he wants. And this time Viru has targeted one of the most important persons of his life with whom he shares a variety of memories on and off the field and he is none other than the former Indian captain, Sourav Ganguly a.k.a ‘Dada’.

On February 3, Sehwag once again hit the twitter with the morning light and this time, he dropped his ‘word-bomb’ on Ganguly. He posted a diptych picture of a cute looking giant panda, who gave two different eye expressions in both the pictures, and compared it with Dada’s habit of blinking eyes when he used to play on the field without his spectacles. 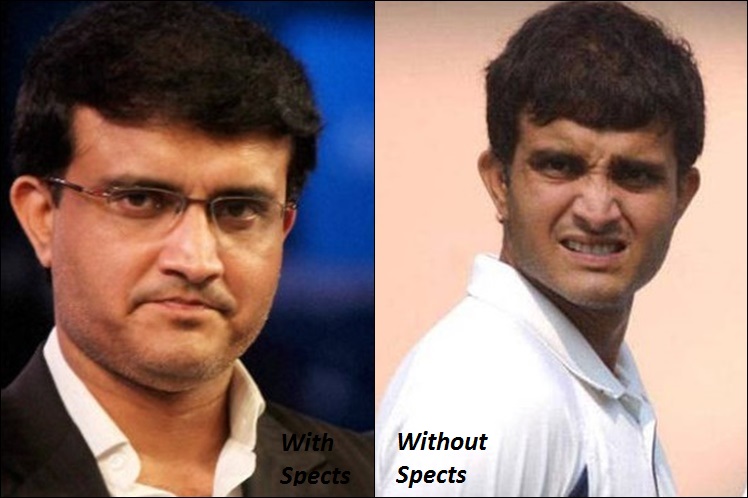 It was a common expression given Ganguly which usually every cricket fan had witnessed when Ganguly played and remember till now.

Viru, in his tweet, wrote,”When someone you know, takes their glasses off :).”

After posting this tweet, he couldn’t stop himself and dropped another one after a span of few minutes in which he specially mentioned the ex-skipper and praised him too for his massive batting skills.

“Dada Ganguly and Chinese Ganguly. Great memories of the Prince @SGanguly99 blinking his eyes and smashing spinners out of the stadium,” he wrote again.

Dada Ganguly and Chinese Ganguly . Great memories of the Prince@SGanguly99 blinking his eyes and smashing spinners out of the stadium. https://t.co/3KyaJxJDqq

However, Sourav Ganguly is yet to reply on his comparison with this panda and it would be interesting how an ex-captain would react on the post made by his former teammate.

Also, the dictionary might go out of words one day to describe the wittiness and the sense of humour of Viru Paaji as day-by-day he is making headlines and getting viral on the social media through his daredevil remarks both on twitter and in the Hindi commentary he does during the matches. Recently he was heard saying,‘Lagata hai maata aa gayi hai Eoin morgan ke andar,’ while doing commentary during the third T20 between India and England when Morgan was smashing the India bowlers in the middle overs.