Most people would jump at the first mention of police. The echoing siren, the guns and batons, it is a very formidable demeanour. What if we were to tell you that they can be furry and adorable too? Stop picturing a fat, hairy cop, please.

The New Zealand Police have among them a Guinea Pig mascot who should probably list ‘overbearing cuteness’ under special skills. Named Constable Elliot, the fuzzy little creature is the latest addition to the task force.

While Elliot is not an actual operating officer, he is an integral part of the team, being the pet of one of the members of the NZ Police force. His job description aside, what we really want to find out is how did the NZ Police find such a well-fitted hat for the Guinea Pig? 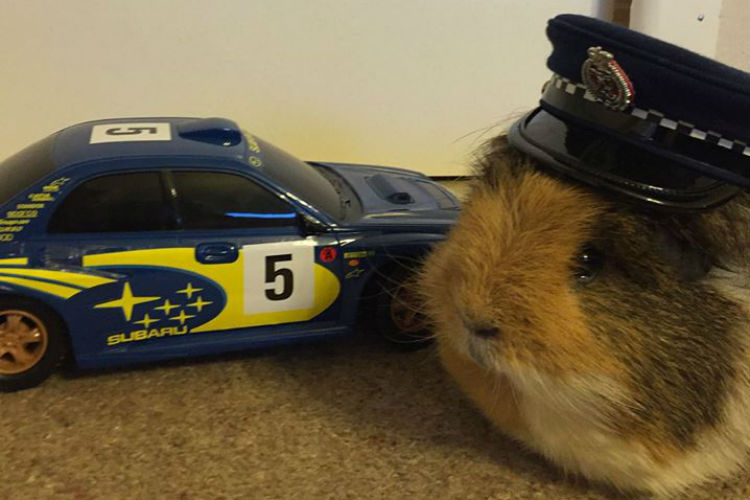 “According to his human ‘mum’ he’s pampered, and loves going on trips to explore new food supplies, which is what he was doing yesterday,” reads a comment on the Facebook page of New Zealand Police.

Apparently, little Elliot absolutely adores being petted and cuddled. If you’re thinking that the police would go tough on him, then don’t worry, they take care of all of the animals with much affection.

People are going crazy over this new NZ Police mascot with one user on Facebook saying, “Just love this. You people are just geniuses and so special. Your heart is in everything you do for us. I feel just so humble reading all your posts. Bless you heaps.“